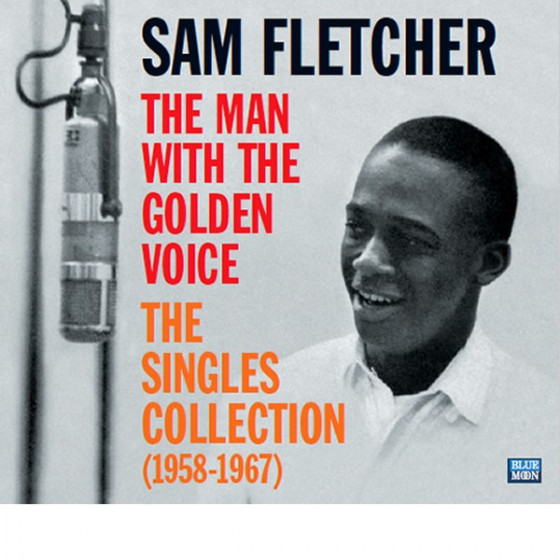 The Man With the Golden Voice: The Singles Collection (1958-1967) Digipack


Sam Fletcher—“The Man With the Golden Voice”—was born Ira Levi Fletcher, on January 15, 1933, in rural Tennessee. His recording career began on the Metro label in 1958 and after his first two singles came out in 1959 critics compared his style and big baritone voice to those of Roy Hamilton and Al Hibbler. After two more singles for Cub, he settled in NYC to launch a successful career in Manhattan’s swank supper clubs and jazz spots. He rose to fame through a series of ground-breaking 1960s TV appearances, and his biggest hit followed in 1961 with I Believe in You for RCA Victor, which became his signature song.

In the following years he recorded and performed in the Philippines and toured Europe and Asia. In 1963 he made a single with Warner Bros, and signed for Vee Jay Records in April 1964. Moving with his family to Los Angeles, he was hailed as “the next Nat Cole”. But in 1967 he was arrested for narcotics possession. Though freed on bond, it shocked and saddened fans and his career ground to a halt. His ultimately successful public battle with addiction—and eventual fade into obscurity and death in 1984—were seen by some as “a great American tragedy”, but his most devoted fans retain cherished memories of a shining star and an exquisite talent.

I had heard Sam Fletcher years before I booked him into The Times Jazz and Supper Club in Studio City, California where I booked entertainment in the mid-seventies. He was grateful and I paid him more than the standard pay the club paid. He was my final booking in the club and although the crowd was small, I enjoyed every note from the fine singer, whom I never saw or heard again. He had touched stardom briefly.