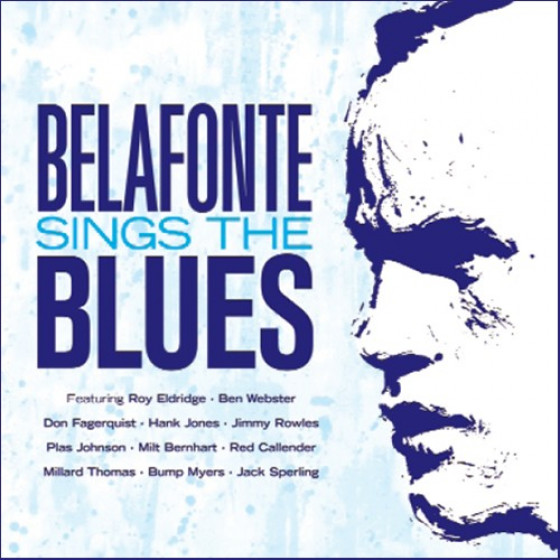 This compelling set of vocal blues tunes by Harry Belafonte came as a pleasant surprise in his career. Never before had he sung on records as he did for this 1958 album. There is still much of the performer and the folk singer in his basic presentation here, but there is also rawness and fervor for the blues feeling.

Backed appropriately by superior groups, featuring outstanding jazz soloists Belafonte always dug jazzhe manages to come through as a fine, warm, moving blues singer of emotional smoothness and control. Included for comparison are six rare tracks that launched his brief career as a jazz-oriented singer in 1949, and an original Belafonte blues in two parts: The Blues is Man, recorded in 1955.

Harry Belafonte sings in all tracks backed by:

"After flirting with traditional African-American material in his previous albums, Belafonte, for the first time, devotes an entire album to the blues. However, of the eleven songs, only two could be classified as traditional blues: "In the Evenin' Mama" and "Cotton Fields," the latter given a five minute treatment. Belafonte would take this song on the road as part of his live act for the next decade. Of the other songs, three were covers of Ray Charles standards ("A Fool For You," "Hallelujah I Love Her So," "Mary Ann"). Another highlight is Belafonte's rendition of Billie Holiday's "God Bless the Child." [...] Still, it's solid listening, and taken track by track, thoughtful performances. Footnote: this was the first Belafonte album recorded in Stereo."