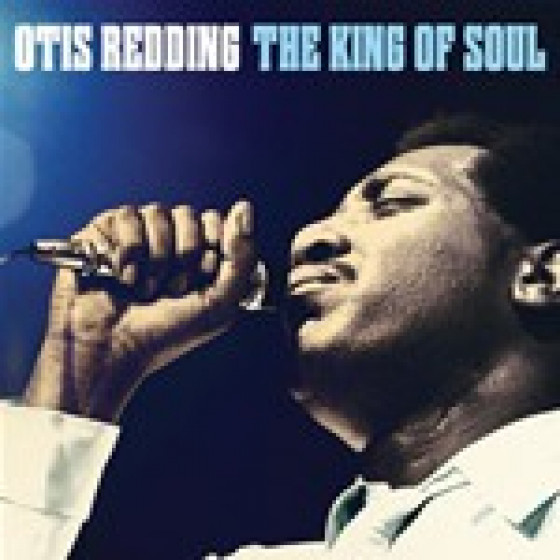 4 CDs with Otis' best from the studio and stage.

THE KING OF SOULs arrival coincides with the 50th anniversary of Reddings debut album, Pain In My Heart, which helped define the sound of Stax Records in Memphis, Tennessee. This new set features 92 songs and retraces the singers career from his meteoric rise to his untimely death in a 1967 plane crash.

The songs reveal the breadth of Reddings talent, starting with his gift for songwriting: I Cant Turn You Loose, Ole Man Trouble and (Sittin On) The Dock of the Bay, his posthumous #1 hit. His reputation as a magnetic and dynamic performer is well served by a selection of live performances recorded in 1966 at the Whisky a Go Go in L.A. (These Arms of Mine and Papas Got a Brand New Bag) and in 1967 during the legendary Stax/Volt Revue tour of Europe (Shake and Try a Little Tenderness.)

Redding was also an expert interpreter of other artists work, putting his distinct twist on everything from Solomon Burkes Down in the Valley and William Bells You Dont Miss Your Water, to the Stones (I Cant Get No) Satisfaction and Smokey Robinsons My Girl. THE KING OF SOUL also spotlights his unforgettable collaborations with singer Carla Thomas like Lovey Dovey and Tramp.

(*) Stereo Recordings
All other recordings appear in Mono

See booklet for further details on each track's personnel, recording dates and composers.

"Although his recording career only lasted five years, from 1962 through 1967 (seven studio albums in all), with his biggest hits coming in the last two years of that time, and his only number one, "(Sittin' On) The Dock of the Bay," after his death, Otis Redding is still widely considered the greatest performer of the classic Soul era, a designation he undoubtedly deserves. A dynamic performer and a more than competent songwriter ("Dock of the Bay," for instance, is a Redding original), he brought the energy and directness of gospel into the secular world with a fervor and passion that made his songs, and particularly his live versions of them, into gritty sermons on the joy, loss, pain, and yearning that attends being in love. It helped, too, that his backing outfit on most of his tracks was the great Stax Records house band the MG's, who knew how to punch in and stomp it and also when to lay back in a quiet storm behind him, and the band and Redding together were an unstoppable force.

There have been plenty of Redding compilations over the years, with this one, The King of Soul, being yet another one, but it is distinctive for its breadth, tracking the arc of Redding's career through 92 tracks arranged chronologically over four discs, and because it also, particularly when covering the early years, includes mono mixes, which often carried more tightly focused punch than the stereo ones. Appearing during the 50th anniversary year of the release of Redding's debut album, Pain in My Heart, this set tells the story of the King of Soul as well as any other compilation out there. Everything essential is here, and with Otis Redding, it's pretty much all essential. He was that kind of artist."