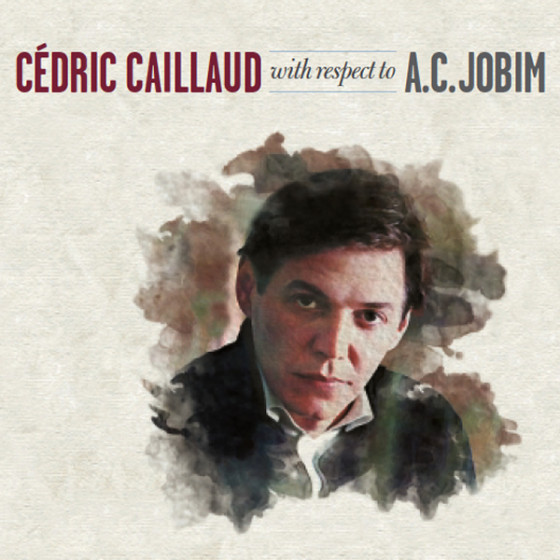 With Respect to A.C. Jobim

Here’s Cédric Caillaud’s fourth album as a leader. Four in fifteen years may not seem much, of course (let’s note that he has recorded about thirty as a sideman), but in each one, he brings us a different jazzistic musical universe. His last effort no less original. Cédric had this project in mind for a long, he just couldn’t find the time to do it: “I love Brazilian music and, of course, Tom Jobim.” This very original trio: double bass-flute-guitar, which Cédric has put together, has an almost «classical» sound, but it is fresh and daring, totally off the beaten path. The trio “swings Tom,” it “breathes Tom,” it’s amazing!"

—Jean-Michel Reisser (From the inside liner notes)

"Cédric Caillaud’s music is in this select group. It keeps the day company and the night beautiful. His double bass, like the century-old tree from which it was shaped, has deep roots in the earth, but branches into the cosmos. Whereas the tempo is well established, the melodies sing and move towards dance and spirituality. Cédric Caillaud has understood perfectly this music that speaks to the body and to the heart. By using the subtle melodies of Tom Jobim, he can do magic.

Jobim is one of the geniuses of the twentieth century. His music is not only beautiful, it is deep and moving. Cedric chose the trio to give it voice. In this magic formula, each musician takes the spotlight and each accompanies the other two in turn. Double bass, guitar, flute, no soloist, no sidemen but a single voice expressed by three instrumentalists welded together as a unit. Join the dance, join the music, the magic is there. Thank you for making us dream."

"Cedric Caillaud and his little group take an intimate look at some of the less familiar classics from Antonio Carlos Jobim’s extensive songbook.

Known as “The Father Of The Bossa Nova” Jobim became one of the greatest songwriters of the late 20th century, contributing countless compositions that have become standards. His music is timeless and Cedric Caillaud, Gilles Rea and Herve Meschinet treat it with respect while adding their own fresh interpretation to the material.

Inevitably the line-up recalls the two albums that Laurindo Almeida recorded with Bud Shank back in 1953 and 1958 although a drummer was included at that time.

Rea’s acoustic guitar gets close to Almeida’s lyrical sound and Meschinet, who is an articulate soloist, proves once again that the flute is a perfect medium for such delicate material. The rich timbre of the leader’s bass holds the arrangements together with each voice seamlessly moving into the spotlight before blending into the group’s kaleidoscope of contrapuntal exchanges."

"After awhile, you start wondering if there are any new ways the music of legendary composer Antonio Jobim can be interpreted and arranged, and just when you think that the well has run dry, up comes bassist Cedric Caillaud with a fresh idea. He forms a trio with nylon stringed guitarist Gilles Rea and flutist Herve’ Meschinet for some gorgeous and pastoral interpretations of the Jobim songbook, and it works remarkably well.

Caillaud delvers a solo upper register rendition of “Por Toda Minha Vida” that is delectable, and does some nice lead work conversing with Rea on “Caminhos Cruzados” and the reflective “Once I Loved” while they stroll together o “So Tinha De Ser Come Voce”. Meschinet adds warm breezes to “Eu Sei Que Vou Te Amar” and is misty on the graceful “Chovendo Na Roseira” while the three create festive dances during “Surfboard” and “Chega Ce Saudade”. An icy drink on a warm afternoon."