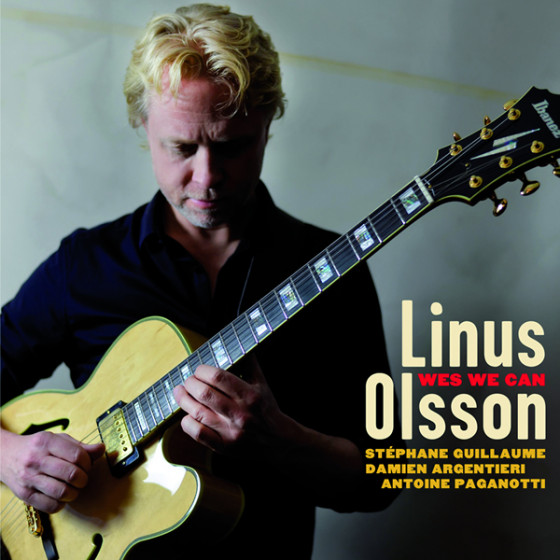 Wes We Can (Digipack)

I began composing in my early teens around the same time that I started to dream about a life in music. Since then, writing my own tunes has always felt like a natural part of being a musician to me. Over time and with experience I believe that I have learned to focus more on the essential in my writing. A musician friend once told me that my tunes seem to “play themselves.” For me it’s important to allow the musicians to express their personality and I also want to leave a lot of space for the interaction between the members ofthe band. This way, we enjoy ourselves on stage and we move the people in the audience who is there to have a good time with us and the music. For me that’s the essence of jazz!

Over the last years I have had the opportunity to work in Nice, Paris and New York
with a lot of different really good musicians. In November 2019 I played two concerts in Paris with Stéphane Guillaume, a saxophonist and flutiste overflowing with energy and creativity, Damien Argentieri, an organist with huge ears and a very solid team player and Antoine Paganotti, a really dynamic and musical drummer.There was such a great chemistry in the band that I thought to myself that it is time that I record a new album with my recent compositions and I want to do it with these musicians!

This repertoire reflects many of my different musical inspirations, jazz, blues, bebop, latin rhythms etc. There is the title track, “Wes We Can,” that I composed thinking about Wes Montgomery, another tune that Iwrote for John Scofield called “Johnny B Sco,” and nods to Brazilian music that I also love. I sincerely hope that you enjoy listening to this music just as much as me and my fellow musicians enjoy playing it!

All tracks composed by Linus Olsson

"Considering that Swedish guitarist Linus Olsson first performed with the other musicians on this album twice at concerts in Paris just three years ago, the results sound as though they’ve been together for much longer. Then again, it may be not a little to do with Olsson the composer, who supplies all its distinctive charts.

Olsson’s tunes seem designed to go places, to be capable of inspired journeying, and
not just vehicles for the familiarities of ensemble and solos. There’s plenty of that, and
it’s of such good quality that the appearances of tenor saxophonist Stéphane
Guillaume and organist Damien Argentieri are much to be welcomed.

Far from being an over-arching presence likely to belly-flop on proceedings at any
minute, organist Argentieri supplies the rich textural infilling, but not too rich, that
always makes a small group with Hammond sound less formidable than it looks on
paper.

Drummer Antoine Paganotti does such good work churning the mix that it’s six tracks
in –Austerology– before he’s rewarded with a trading episode involving the others. It’s
not intended to acknowledge that he’s there, because his presence throughout is
conspicuous.

Olsson pays homage to Wes Montgomery in the title track and includes a chart, Johnny
B Sco, that he wrote for John Scofield. His style is cool and astringent, a considerable
reduction of the rock approach with which he was once enamoured and ideally suited to
his compositions. They also include Latin American influences on In A Mellow Time and
Around The Block, the first of which has Guillaume on flute duetting with guitar
accompaniment before the others join in."