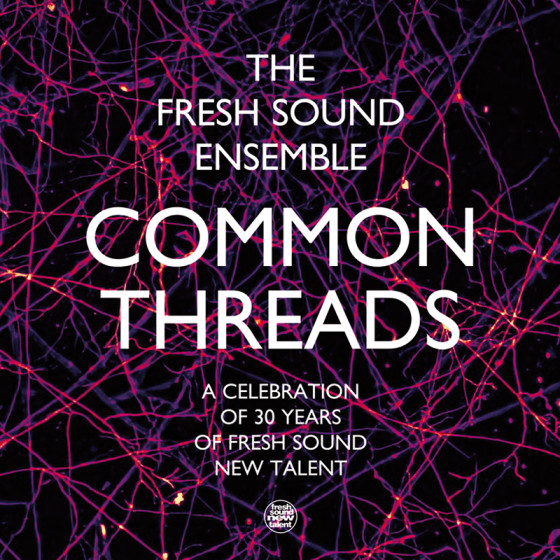 When a jazz record label like Fresh Sound New Talent, which started with nothing but enthusiasm and passion, reaches 30 years of existence, one thinks “something will have to be done to celebrate it”. And, not only was I already thinking about this idea, but musicians and friends also often asked me if I was going to do something to celebrate this occasion... And little by little a plan emerged; but it was important for me to assess what I could do, that it was viable, and that it also responded to the philosophy of the label.

After thinking about it, I decided that the best option would be to record a commemorative album. It is obvious that there are many musicians that I admire who have recorded for FSNT, with whom I would have liked to do something, but ‘with whom shall I collaborate for this record’, I thought. After sitting with this for a while, I came up with the idea of involving the young musicians from the emerging London scene, with whom I had been recording lately, and putting the musicians together in a co operative project. All of them, refreshing voices on the contemporary jazz scene.

The next thing I did was talk to most of them and explain the reason for my call, stressing that this project could be a unique meeting, in which a group of musicians of the same generation and from the same country could at the same time offer together to the world all the talent they treasure. To my satisfaction, their response was a unanimous “you can count on me”!

Following this very positive and encouraging response, I contacted Alex Merritt, who had already been very accommodating in our first conversation, and he offered to take over the production and coordination of the project. We were both happy to share the same enthusiasm and determination to achieve our musical goal.

The recording of this co-operative venture was carried out in two sessions, on August 11 and October 6, 2022, featuring Sam Braysher, Ronan Perrett, Alex Hitchcock, Alex Merritt, Michael Chillingworth, Steve Fishwick, Tom Ollendorff, John Turville, Conor Chaplin and Jay Davis, with Adele Sauros as a guest, who traveled from her native Helsinki to play on the first date.

Now is the time to highlight the jazz spirit of all of the members of both groups, and thank them for their excellent ensemble and solo work, throughout all of their performances. Likewise, also to those who skillfully contributed with their fertile imagination by writing excellent and stimulating original pieces, orchestrated with craftsmanship to be featured on this fully rewarding album.

Going back to the beginning, I can say that these 30 years of FSNT have been very intense and exciting, and they have passed for me very quickly. I want you to know that I am very honored to have been able to document the music of so many incredible musicians. Thanks to all of them.

Founded by Jordi Pujol in Barcelona in 1983, Fresh Sound Records was initially focused on reissuing historical jazz recordings from years earlier, many of which had since gone out of print, and restoring and issuing previously unreleased sessions.

In 1992 Pujol started the Fresh Sound New Talent arm of the operation and began documenting the exciting young scene centred around Smalls Jazz Club in New York City. Developing a reputation as a label that was willing to take a chance on new artists, FSNT released debut or early-career records by many musicians who would go on to be amongst the most lauded figures of their generation: Brad Mehldau, Kurt Rosenwinkel, Robert Glasper, Kris Davis, Ambrose Akinmusire and many others.

The label also released music by European artists, and in recent years has featured a number of UK-based musicians, and musicians associated with the jazz scene on these shores. It is this relationship, as FSNT marks its 30th anniversary, that is celebrated here.

On a personal level, the opportunity to release with Fresh Sound New Talent in 2017 meant an awful lot to me, given how much time I had spent listening to the label’s output (in particular the NYC-centric albums from the 1990s and ‘00s), and it was a further honour to be asked to contribute to this new documentation of its growing British roster.

Of course, we couldn’t possibly hope to capture the huge breadth of music that makes up this country’s jazz scenewith only 11 musicians and one album’s-worth of material. But I think the stylistic diversity on show here across these 10 original compositions —each one written by a FSNT bandleader, co-leader or sideman— is striking.

Special mention must go to Adele Sauros, who flew in specially from Helsinki to make the session, and John Turville, our special guest on piano for two tracks.

We’d like to extend our sincere thanks to Jordi Pujol for facilitating this project. I know that I speak for all of the musicians involved when I say that we loved the process of planning, rehearsing for and recording the album. And we hope that you, the listener, will enjoy this look at the growing relationship between the UK’s jazz community and a 30-year-old independent record label from Barcelona.