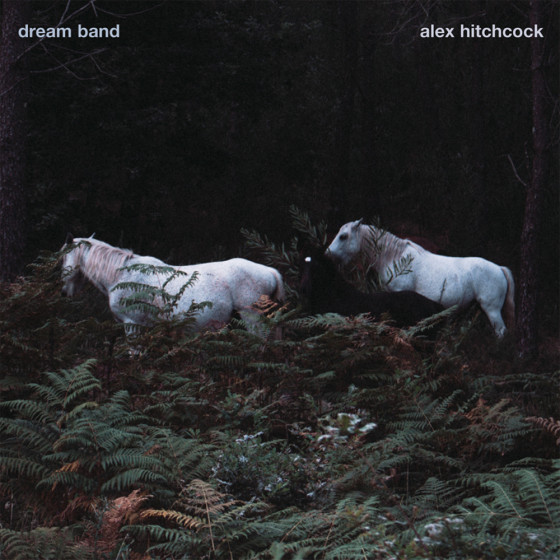 It’s a question that has absorbed bandleaders for many years: who are the perfect musicians to bring my music to life?

As his upcoming album Dream Band suggests, virtuoso London saxophonist Alex Hitchcock has plenty of thoughts on the matter…

In his second release with legendary Barcelona label Fresh Sounds New Talent, the hotly-tipped frontman pulls together a pool of 15 musicians from both sides of the Atlantic to bring to life a set of forward-thinking music.

The music was recorded across three London studio sessions in Spring 2021, with
a different configuration of musicians each day. The result is a selection of 12
original songs ranging from a delicate duo (featuring the sensational Midori Jaeger
on cello & vocals) through to an expansive 7-piece outing with guest stars Chris
Cheek and David Adewumi.

But whilst managing such a large and varied group of musicians for one album
might sound like a challenge in itself, Hitchcock shows his pedigree both as a
bandleader and arranger in turning a colourful yet finely-tuned set of songs into a
coherent whole.

All About Jazz noted “the stratospheric trajectory” of Hitchcock’s group back in
2018, Jazzwise named him as “one to watch” in 2019, whilst his 2020 release on
Edition Records was hailed as “a direct hit” by German magazine Jazzthing.

Now, as 2021 draws to a close, Dream Band and Fresh Sounds New Talent present
Hitchcock's most compelling case to date as to why he and his carefully-curated
groups are finding themselves more and more in demand at clubs and festivals on
the international jazz scene.

All tracks written by Alex Hitchcock, except #8 by Duke Ellington lyrics on #1 by Midori Jaeger.

"Lockdown provided us all with a stream of solipsistic solo records. But Alex Hitchcock looks outside of himself on Dream Band, enlisting a quality cast of players who move slickly around the saxophonist. There's a lot of them: 15 in total over 12 tracks, and no one collaborator appears on more than half the record. All the chopping and changing disguises a wisely-assembled project. The players fuse interestingly in their little units, and Hitchcock's compositions serve those combinations well. The result is an album full of strong contributions from musicians determined to impress in the slivers of time they're given; a bunch of pent-up ideas tumbled forth energetically."