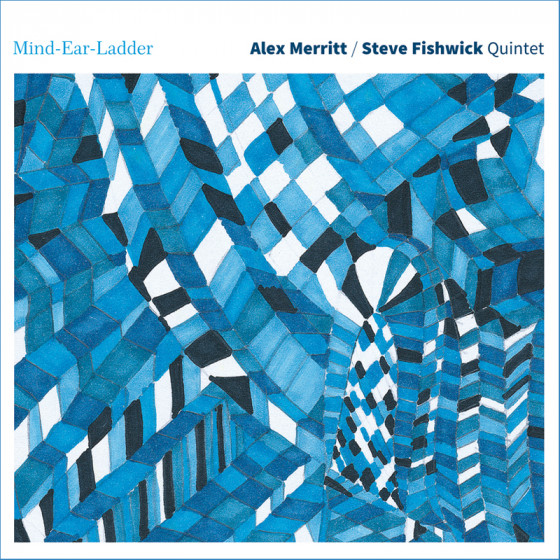 This band was formed in 2014 out of existing musical friendships between myself, John and brothers Steve and Matt. The fantastic Mick Coady completes the quintet line-up. I had met and started playing with Steve at Ronnie Scott’s, around 2013, and put this group together to strengthen what we had developed there. Perhaps unspoken, as some of the best ambitions often are, we wanted to work towards a collective contemporary jazz aesthetic and approach that had space for our own sounds and language yet remained strongly influenced by the jazz tradition.

Writing music for musicians you are inspired by is a joy and a privilege, and when these musicians are also great friends, you are bound to create an environment for good music making. Steve and John also contribute excellent originals for this session and, completing the rhythm section, Mick and Matt support wonderfully throughout.

The title of this album, "Mind-Ear-Ladder" is an effort to describe a process of thought becoming sound, and the ladder that must inevitablybe climbed in the development of the mind, and person, in order to actualise this.

To extend the analogy further-sometimes we might feel like this process of becoming is effortless and sometimes it might feel more arduous. But to be sure, we are somewhere on this ladder at all times and this album title attempts to represent this continuum.

"One of the UK’s finest trumpeters, Steve Fishwick teams up with long-term collaborator saxophonist and composer Alex Merritt for what I assume to be their debut album together. It’s a straight-ahead blowing session, of a kind that is less often heard now, and generous enough in its timings to allow each musician to make his substantial mark.

To my ears, Merritt is occasionally too garrulous, too hurried in delivery, but then more than makes up for that on the well-paced Hollow Man and elsewhere, but Fishwick is his ideal foil, quietly determined in every solo he plays. Together they form a fine front line, nicely dovetailing together when they play the heads. Pianist John Turville is inventive throughout, notably on Pablo-ish, bass and drums a strong rhythm section.

I assume all the accomplished compositions are theirs – the Soundcloud streaming does not provide press releases or sleeve notes – and they form a coherent set, UHCD – The Upper Holloway Dental Clinic, since you ask – a nice nod to Billy Strayhorn, the spritely Number Nine a good runner up, Ma Ballade and Linda well-poised ballads, New Waltz an elegiac ender.

If this is indeed their debut album, what a fine, assured start this quintet has made."