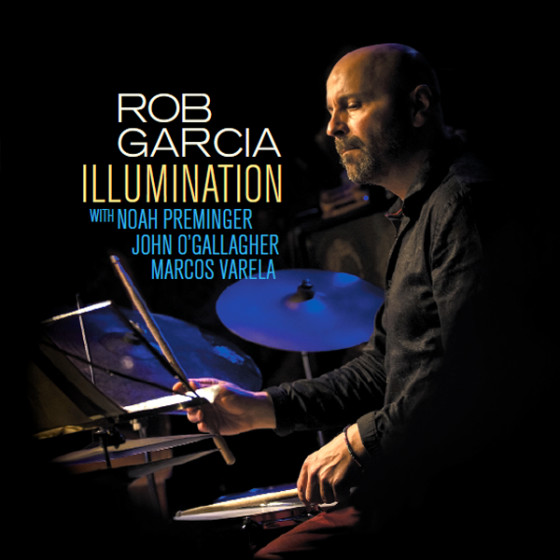 "This album features a band that plays with incredible chemistry and electrifying energy. It came together as a true collective effort which culminated by recording this album while on tour in Spain. The recording showcases two of the most distinct and virtuosic saxophonists of our time, each of whom I have had a long-standing relationship with. Noah Preminger and I have been playing together and closely collaborating for over 11 years. We have recorded seven albums together, countless performances and several tours. Despite never recording together before this album, John O'Gallagher and I have played together in various ensembles since the '90s. I am always amazed, inspired and invigorated when I hear this man blow. Marcos Varela is quite a soulful bassist and gets a huge sound. We have known each other from the New York jazz community and have been playing together for the past several years [...]"

—Rob Garcia (From the inside liner notes)

All compositions by Rob Garcia, except #3, 5 traditional songs arranged by Rob Garcia and #6 by Marcos Varela

“Garcia is a drummer of invention, grace and considerable fire”
—Downbeat

"Like all great frontmen he puts the music first, not his instrument. And like fellow drummer/leaders Bill Stewart and Jack DeJohnette, Garcia always serves the music, but with that extra inner sparkle and finesse coupled to crackerjack time sensibilities that are constantly delightful."
—NYC Jazz Record

“A prime mover in the current Brooklyn jazz scene”
—Time Out, New York