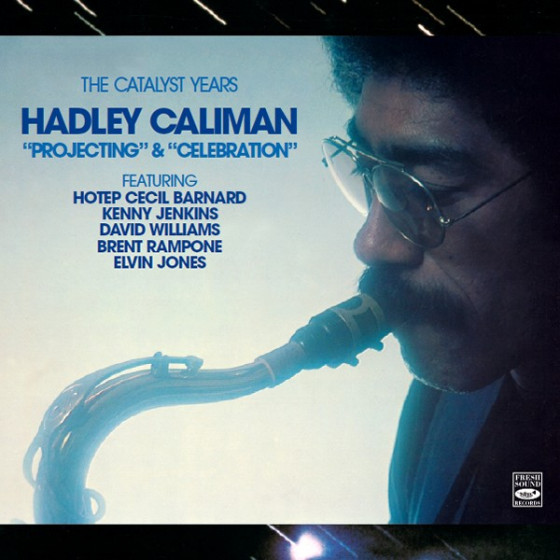 Inspired by Dexter Gordon, Hadley Harold Caliman (1932-2010) began playing tenor at 14 and from 1949 to 1951 was part of Roy Porter’s youthful L.A. band that included such soon-to-be notables as Eric Dolphy, Sonny Criss, Joe Maini, and Art and Addison Farmer. A drug-fuelled decade of prison terms, however, put his potential on hold.

Released in 1960, he cleaned up and by 1963 made his first record date as a soloist on pianist Frank Strazzeri’s debut album for Pacific Jazz, but neither it nor two pieces he recorded with altoist Earl Anderza’s sextet were released at the time. He spent the rest of the 60s mainly in Bobby Bryant’s quartet and Gerald Wilson’s band, and worked with Bola Sete, Don Ellis and Mongo Santamaria.

If his diverse capabilities were appreciated among musicians at the highest level, he remained dissatisfied and moved to San Francisco area. There he was finally recognised as an original soloist on sax and flute, making his leader debut on record in 1971. During that decade he led three more albums and was a sideman on several with jazz greats Freddie Hubbard, Joe Henderson or Bobby Hutcherson, and rock star Carlos Santana.

These Catalyst albums, Projecting (1976) and Celebration (1977), illustrating perfectly his vibrant, virile playing—which, despite echoes of Coltrane, is very much his own—remain the best examples we have of the most creative years in his extensive career.