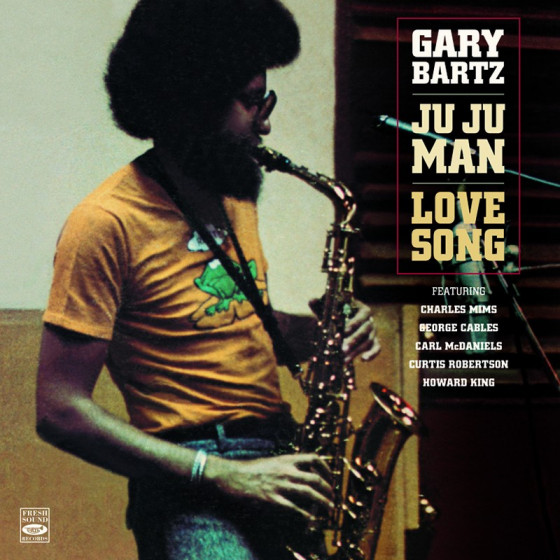 With Ju Ju Man (1976), Gary Bartz cemented his developing reputation as one of the strongest, most distinctive young reedman players of his time. The album had nothing to do with gimmicks: it’s simply straight-ahead Gary Bartz, backed by a superb rhythm throughout featuring Howard King, a young, compulsively fiery percussionist who had matured nicely working with Bartz for some four years. The section also included Charles Mims, a versatile pianist who could lock into a groove and work it for all its worth, while Curtis Robertson provided a solid, cohesive foundation for Bartz’ driving saxophone. The highlight of the album might be their sensitive accompaniment to Syreeta’s soulful rendition of My Funny Valentine.

The music on Love Song (1977), is light, bouncy and fun, aiming to please both listener and dancer. According to Bartz, “the album is a collection of some R&B or pop tunes that I had always liked and wanted to do.” The rhythm section of pianist George Cables, bassist Curtis Robertson and drummer King keep things bubbling underneath, while the background vocals of Clydie King, Billy Thedford and Shirley Matthews add an extra touch to the overall sound, helping to make the date a resounding musical success.

"Although altoist Gary Bartz's career was beginning to become a bit aimless during this period (as if he were searching for commercial success), and his recordings tended to be erratic, this mostly straight-ahead outing was a major exception. Bartz teams up with pianist Charles Mims, bassist Curtis Robertson and drummer Howard King for a stimulating set of music. While "Ju Ju Man" effectively uses voices in a tribute of sorts to John Coltrane's "A Love Supreme," "My Funny Valentine" is a feature for the warm vocal of Syreeta, Trane's "Straight Street" and Bartz's "Pisces Daddy Blue" are both swinging and "Chelsea Bridge" finds the leader taking rare solos on soprano and clarinet. This was Gary Bartz's best jazz session as a leader until he re-emerged on Mapleshade in 1987; it is a pity that the Catalyst label's LPs are difficult to find."

"An enjoyable release, this album features altoist Gary Bartz (doubling on soprano) performing some originals and older R&B tunes with a four-piece rhythm section (which includes George Cables on electric piano and guitarist Carl McDaniels); three songs have soulful vocalists. The music overall is generally danceable and funky, including some solid solos [...]"