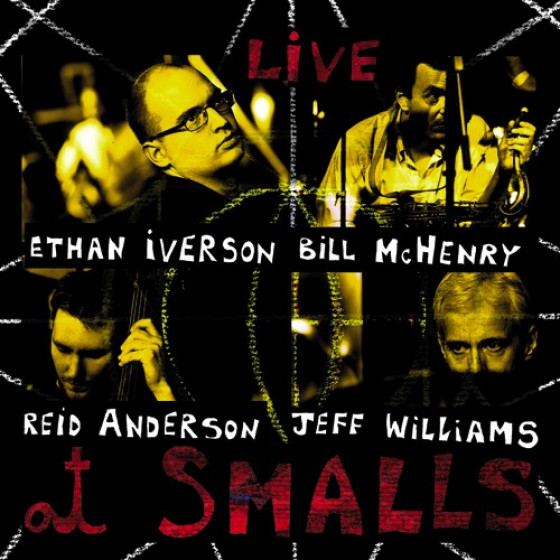 "AMG EXPERT REVIEW: Pianist Ethan Iverson and tenor saxophonist Bill McHenry focus on quirky readings of standards in this co-led band, which they've unofficially named "Sub-Standard." The quartet is completed by bassist Reid Anderson and drummer Jeff Williams, both of whom supply a kind of perpetually off-kilter rhythmic feel underneath the two adventurous soloists.

The music's in tempo, but not quite Anderson rarely walks a bass line, for instance, instead reacting to the entire band in unpredictable ways. Loosely speaking, on records this style has been Iverson's calling card more than McHenry's, although the tenorist has no problem fitting right in. Recorded live at Smalls in New York, the album boasts a good, intimate sound.

The band begins with a loopy Latin treatment of "Night and Day," and proceeds to offer similarly off-the-wall readings of "Have You Met Miss Jones" and "How High the Moon," making a point of deforming these played to death vehicles. In a more rueful mood, they render the lesser-known standard "In Love In Vain" and the ballad "Youve Changed." McHenry's entrance on the latter is so exquisitely high and soft that it could be mistaken for a flute.

The more unusual repertoire choices are Howard Goodal's "Theme from 'Mr. Bean,'" which oddly enough sounds like something Bill McHenry would write, and Burt Bacharach's "The Look of Love," played with a satisfying faithfulness to the written melody. Closing the set is McHenry's "Blues Coda," which, along with Ornette Coleman's "Chronology," represents the most modern portion of the set, at least in authorial terms. But Iverson and McHenry do all they can to make everything even the moldiest standard sound modern, in their distinctive sense of the term."