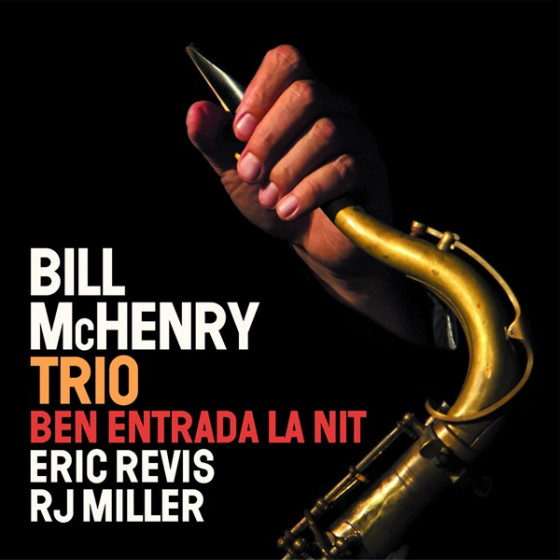 From the beginning of my musical associations with Eric Revis and RJ Miller, alongside our professional duties came a fast friendship—the kind where post performance we’d join the social environment, and often continue after in someone’s house or hotel room with spirited conversion, information, laughter, and sharing music, film or basketball. As we went well into the night, the bluest and brightest moments were all accepted, and we were able to fully enjoy the dignity of good company, like so many musicians have and will forever.

Here we have the example of that passing in music. This is the recording of the very first notes (and last, so far) played together by Eric Revis and RJ Miller over a couple days in the fascinating Catalan city where I live, Barcelona. For our first 3 songs we start in a musician-loved venue named for its address—Robadors 23—with a live audience, and later we transition for the rest of the album to saxophonist Sergi Felipe’s recording studio Underpool in the beautiful hills surrounding the city, and continue well into the night, or in Catalan they would say “Ben Entrada La Nit”.

-Bill McHenry (From the inside liner notes)

"The tenor sax, bass and drum trio was considered a fairly risky innovation in 1957 when Sonny Rollins did it first on his Contemporary album Way Out West but it is quite common usage today. McHenry plays choppy, driving tenor sax throughout this session, not unlike the staccato approach of Rollins back in the day but without the easy flow and seemingly endless torrents of invention. As is absolutely necessary in this sort of piano-less set up, bass and drums are fully integrated with the leader and both contribute a number of varied solos throughout this programme. The tracks are long, the first two running at 13.45 and 14.58 respectively. This maybe because the first three selections were recorded live at a club in Barcelona. It does give the musicians the opportunity to develop the original themes fully and, usually, allow for intricate bass and explosive drum solos.

McHenry has his moments though and is a swinger with a penchant for the lower register of his instrument, unlike those 1950’s angry young tenors who all tended to get up high most of the time. The programme consists of all McHenry originals except for one standard. All are functional and allow the three to improvise at length, mostly without repetition. Mean To Me is played slowly but with a bit of a swagger. McHenry is lyrical and at his most inventive here and the rhythm section give smooth, controlled support. Respect for the tradition maybe?"