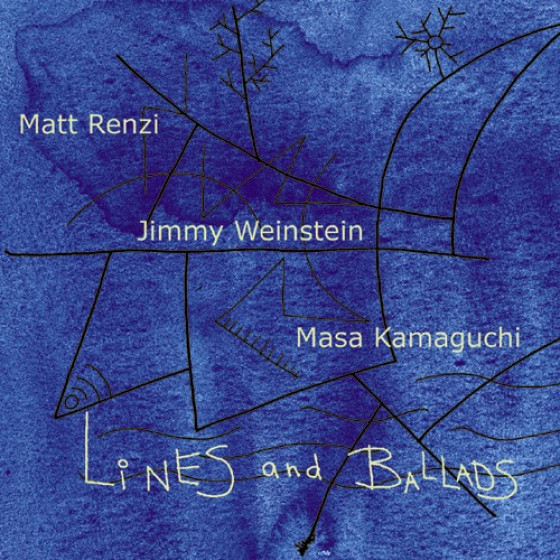 "With each member of the trio fulfilling an equal role, Renzi, Kamaguchi and Weinstein have put together a session of exciting modern mainstream jazz thats both creative and lyrical. With nods to several of the original builders of this idiom - Max Roach, Charlie Parker, Bill Evans, Duke Ellington and Thelonious Monk the trio comes out quite fresh and unique. Jimmy Weinstein, who studied with Max Roach at the University of Massachusetts, performs his own tribute, "Dear Max," as an unaccompanied drum solo. Masatoshi Kamaguchi, a native of Japan and a one-time engineering student at Tokyos Hosei University, performs lyrical acoustic bass solo features on every track. Saxophonist Matt Renzi cant help it; hes got woodwind expertise in his blood. Renzis father is principal flautist for the San Francisco Symphony, while his grandfather was principal oboist with Toscaninis NBC Symphony Orchestra. The tie that binds these three trio members together is their educational experience, studying jazz at the Berklee College of Music in Boston.

By Jim Santella (All About Jazz)

"Weinstein and bassist Kamaguchi cover familiar post-bop turf, both in repertoire and instrumental format, but they're fond of subverting their expected roles".

"A co-leadership trio consisting of tenorist Matt Renzi, pluri-timber drummer Jimmy Weinstein and the fresh bass-line of Masa amaguchi. This group features the cohesive mutual understanding of its elements, where, despite lacking a very harmonic instrument (no guitar, no piano), no member prevails upon the others and they all must support and count on each other on turn, as necessary.
Even though Weinstein and Renzi also credit a released by their names (Quartet, with Ben Monder on guitar and Chris Higgins on bass), the Renzi-Weinstein-Kamaguchi group makes its debut with this recording, without doubts a work remarkable for the research of spaces, the understanding and executive interplay among the players, turning out a noticeable interpenetration of voices and interventions: it is not a coincidence that Lines&Ballads has been valued by the authoritative Spanish review Cuadernos de jazz as Disco revelación del año 2000.

In order to express their musicianship, in this the three players rely upon several standards as well as two Weinsteins original compositions: New Line with its free-jazz resonance, where emerges the intriguing lines of the counterpoint of Masa Kamaguchis solo, and Dear Max, a track, or to say it with the title of the album, a line for drums only, where Weinstein, author and player at once, brings to the centre of the tune his own multicoloured and entertaining drumming. But just getting from traditional standard repertory, Renzi-Weinstein-Kamaguchi can develop their own jazz, re-editing and personalizing, through a dry but enthralling style, pieces like Monks Eronel or Ellingtons soft-ballad My Love or Parkers Au-Leu-Cha and Barbados.

The tracklist is crowned with Bill Evans Turn out the Stars, Brooks Bowmans East of the Sun, where, the counter-voice of Kamaguchis bass stands out upon the tune played by Renzi, and The Ballad of the Sad Young Man, very slow, with Renzis lyrical solo at the beginning.

Perhaps, to add some other song by Weinstein would have highlighted the original compositional authors vein once more: but, in any case, such a work is well balanced and pleasant to listen to."

There is something about the language spoken by the trio of Renzi, Weinstein, and Kamaguchi. It is jazz, yes. But the band speaks seemingly from both inside the tradition and also from an outsider's perspective. And the trio hand-picks its subject matter with just such purpose in mind. On their first recording, the 1999 Lines And Ballads, they drew from Monk, Parker, Roach and Evans. They don’t so much de-construct as they re-construct these tunes. And there is no sentimentality here. Why should there be’ These are young musicians and they take a seriously optimistic approach. Dream Life, like their first outing, makes a strong statement for many a top ten recordings of the year. It is a must hear.
- by Mark Corroto All About Jazz