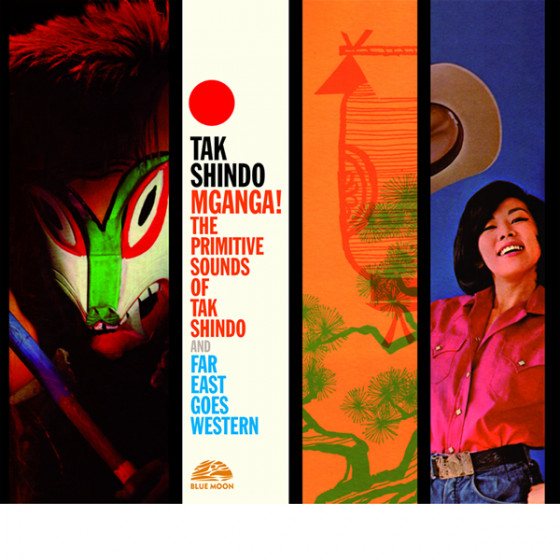 When the stereo record became a practicality in the summer of 1958, a whole new world of recorded sound was opened up in the Hollywood studios. At the time, Tak Shindo (1922-2002), the Japanese-American musician, composer, and arranger, declared “Stereo has opened entirely new fields for composers.”

Shindo, whose primitive and oriental music had dominated the motion picture, radio and television scene since 1949, also became one of the foremost artists of the “exotica” style of music that flourished in the late 1950s and early 60s, right at the height of the stereo sound boom.

Far East Goes Western
When Quincy Jones suggested Tak Shindo record the album “Far East Goes Western,” the logical move for Shindo was to show further evidence of the intricate blend of his Oriental and American antecedents. He deftly accomplished this difficult chore by mixing Oriental and Occidental instruments, by utilizing the services of respected jazz arrangers Bill Holman and Johnny Mandel, and by reworking eleven tunes usually associated with the American cowboy West to suit his own happy marriage of two cultures. The sonorous results of the wedlock, a dazzling potpourri of exotic and offbeat sounds, make this album a moving listening experience.