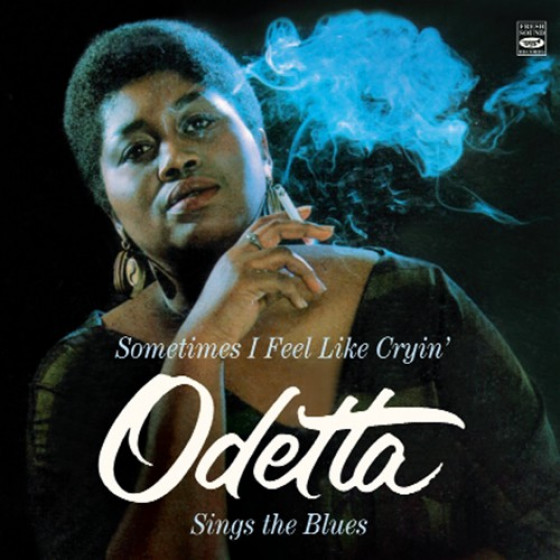 Acknowledged as an influence by singers as disparate as Bob Dylan, Joan Baez, Harry Belafonte, Janis Joplin and Carly Simon, singer Odetta Holmes (1930-2008), better known as Odetta, was widely admired for the passionate commitment she brought to everything she did. That and much more is abundantly clear in the way she poured heart and soul into these songs drawn from the classic blues repertoire and what used to be referred to as the Negro folk songbook. Blessed with dramatic ability and an innate sense of the meaning of each song, she absorbed it into her personality, singer and song fused into one. And though her voice was ideal for the slow, weighty blues of 1920s blues singers like Ma Rainey and Bessie Smith, she made the material her own, with no attempt at re-creation.

Throughout this venture into the blues she was also blessed in the firstclass accompaniment provided by the musicians led on these early 1960s sessions by pianist and arranger Dick Wellstood. For them he drew on the considerable talents of such jazzmen as Buck Clayton, Vic Dickenson, Herb Hall (brother of fellow clarinetist Edmond Hall), Buster Bailey and the inimitable Sonny Terry, among others. Their empathy shines through every track on a fine example of her art.

"Odetta earned her rep singing traditional folk in the mid-'50s before the American folk revival got underway with the Kingston Trio and "Tom Dooley" in 1958. Unlike many of her contemporaries, however, she had a habit of going her own way from time to time. One of Odetta's most interesting deviations from straight folk, and one that caused a bit of contention among her more conservative contemporaries, was Odetta and the Blues, released by Riverside in 1962. Drawing from classic female blues singers like Bessie Smith, Mamie Smith, and Ma Rainy, she traded in her acoustic guitar for a six-piece jazz band featuring trumpeter Buck Clayton, trombonist Vic Dickenson, clarinetist Herb Hall, pianist Dick Wellstood, bassist Ahmed Abdul-Malik, and drummer Shep Shepherd. The results are so convincing that if one didn't know who Odetta was or what time period she sang in, it would be easy to believe she had been a classic blues singer. From the upbeat New Orleans jazz of "Believe I'll Go" to the down-home blues of "Oh, My Babe," Odetta and the Blues is a fun, inspired, and surprising album. Odetta gives full range to her magnificent voice, providing a fresh makeover to old favorites like "Yonder Comes the Blues," while trumpet, trombone, and clarinet work offers lively, vivacious accompaniment. In many ways, Odetta and the Blues isn't the typical Odetta album, but it is an excellent portrait of an artist who refused to be boxed in by the assumed aesthetic of her time."