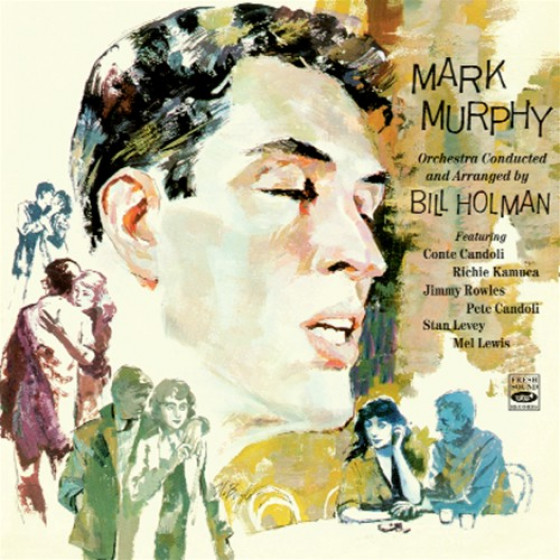 Here is Mark Murphy a swinging singer in a sparkling compilation of two long unavailable, rare vocal milestones he recorded in the late Fifties, backed by groups featuring the cream of West Coast jazzmen. The superb musical accompaniments came from the pen of the great Bill Holman, one of the finest arrangers and orchestrators in jazz; each of his settings, crisp, refreshing and tasteful, are matched by the overall performance of the different bands and by the talent of one of the finest singers ever to grace the jazz scene.

Here, this truly original young singer presents his distinctive interpretations of evergreen standards and masterful renditions of hit pop songs that bring to light, in his unique way, the basic elements of what it is to be Hip.

"The talent for singing is one of lifes finest gifts and about Mark, personally, it can be said that he appreciates that gift and works diligently to uphold what is good in the old and bring out the new. He phrases at times like a horn; and a horn with a modern sound. As the expression goes, you might say, He blows and hes attractive, single"


-This Could Be The Start of Something

"Mark Murphy's first album was originally put out by Capitol. Backed by various West Coast all-stars (including trumpeters Conte and Pete Candoli, either Bill Holman or Richie Kamuca on tenor, and a rhythm section headed by pianist Jimmy Rowles), Murphy sings well, if conventionally. The 13 standards include six concise songs (such as "The Lady Is a Tramp" and "Falling in Love with Love") while the second part of the album is a lengthy medley. Bill Holman provided the swinging arrangements. A good start to a major career."

"The third of Mark Murphy's three Capitol LPs (all of which have been long out of print) features the singer performing six songs apiece with a big band arranged by Bill Holman and a trio. Murphy is swinging, already displaying an individual voice although the renditions are generally brief. Highlights include "Put the Blame on Mame," "Swinging on a Star," "Honeysuckle Rose" and "As Long As I Live."