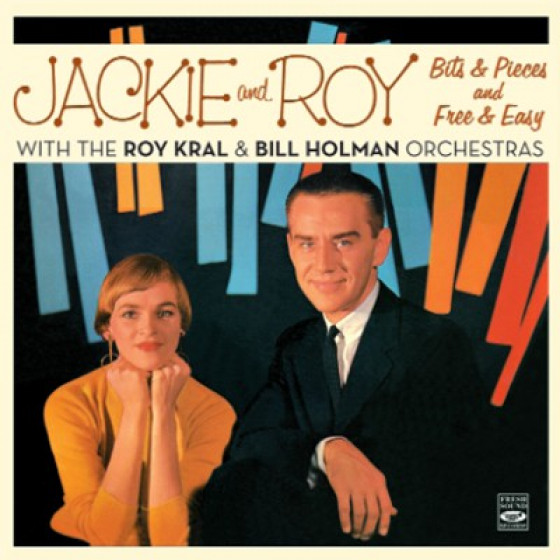 Jackie and Roy Kral rose to fame in the late Forties with their delightful vocal contribution to Charlie Venturas popular bop combo. Exciting and swinging, their work, imbued with their love and understanding of music, made these two bright young stars real and immediate favorites of jazz fans. On these recordings made in New York and Los Angeles in 1957, the duo is backed by two top studio bands conducted by Roy himself and by the great Bill Holman. Impeccably selected and tastefully presented, the material is illuminated by inventive singing delivered with consistent freshness and splendid technical command. Jackie is the featured singer, but Roy joins in often enough to heighten the pacing that much more. The arrangements are full-voiced, with swinging, functionally effective backdrops for the vocals, garnished with occasional instrumental solos from the stellar personnel. Holman wrote most of the arrangements, but Ernie Wilkins, Ralph Burns and Quincy Jones also collaborated in the New York sessions.

"The way this set is packaged, if you arent up and your Jackie & Roy, you might not realize that this is a value packed twofer of prime Jackie & Roy thatll blow you away. Two sets from their prime 50s years finds them in the company of Bill Holman and Quincy Jones along with players including Richie Kamuca, Clark Terry, Jerome Richardson, Herbie Mann, Shelley Manne and a host of other mind blowers when they were young and clawing for a piece of the action. Bopping, scatting, singing, swinging and flying through some vocalese, 1957 was a killer year for this duo. Before their CTI, Vegas, Sondheim, etc ventures in the later years, they were the cool definition of cool. If you want some wonderful jazz vocals to take your mind off high gas prices and the rest of the worlds troubles, plunk down a few bucks for this oasis and lose yourself in this hipsters paradise."