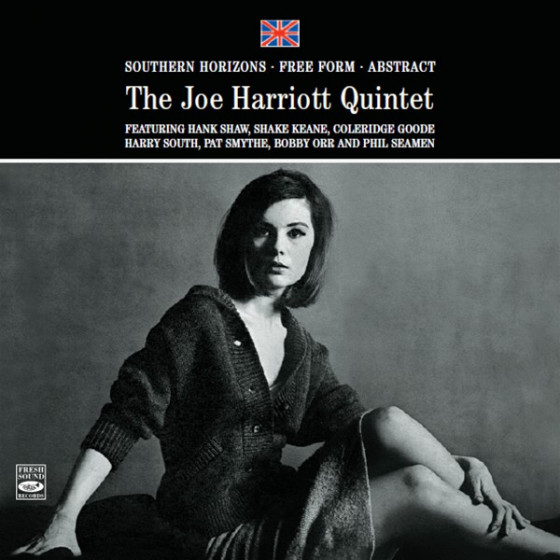 Joe Harriott arrived in England in 1951, where he was quickly recognised as one of Britains warmest, most fluent and adventurous alto men. The three fine albums he made as leader between 1959 and 1962 illustrate the range of his imagination.

Joes adventurous mind led him to break away from conventional melodic and harmonic structures and into many of the freedoms Ornette Coleman was exploring. The other two albums here, Free Forms and Abstract introduce new and often daring ideas through his fiery playing. Its an error if anybody thinks Ornette influenced me, he insisted, pointing out that his vital music, which he described as basically an attempt to paint freely, derived from a sharing of ideas with another West Indian musician, ShakeKeane. Harriotts independent evolution is crystal clear, and Keane contributes powerful and imaginative trumpet and flugelhorn solos. Pianist Pat Smythe is a huge asset to the group in an exceptional rhythm section with Coleridge Goode and the brilliant drummer Phil Seamen, later replaced by a returning Bobby Orr.

"The few recordings of Jamaican born saxophonist Joe Harriott have been hard to come by since they were initially released in the early '60s. One of the most famous is Free Form, recorded in London and released in 1960. Comparable to Ornette Coleman's recordings of the period, these eight pieces incorporate Harriott's hard bop influence, cutting through adventurous compositions including "Abstract," "Straight Lines," and "Impression." When listening to Free Form (or early Coleman for that matter) with a 21st century perspective, it's hard to imagine that this music was often considered intolerable upon release. It's unfortunate that Harriott and trumpeter/flügelhornist Shane Keane missed out on being as widely lauded as Coleman and Don Cherry finally became. In 1999 tenor saxophonist Ken Vandermark attempted to spotlight that ill-fated situation by releasing a disc of Harriott compositions, including three from Free Form, on his 1999 release Straight Lines."

"This 1961 date recorded in England shows altoist and composer Joe Harriott in full command. Harriott was, like his contemporary Eric Dolphy, a consummate stylist whose tonal and harmonic inquiries led him off the left-hand path of mainstream jazzers. Harriott was interested in how mode and interval, when stretched to their limits by extended harmonics, could create "impressions" of lyricism and melody, without actually engaging them. The reason for this was simple, and a listen to any of the seven originals here -- the cover of "Oleo" is a throwaway -- will attest to it. But "Pictures," "Idioms," and "Tonal" -- constructed by harmony and rhythm, mode, and interval -- could be used to invert standard notions in that space and leave room for musicians or listeners to create their own impressions of what that sound world might be. Rhythmically, the quintet was also interesting, in that they allowed the standard notions of jazz time to fade into freer constructs that undid rhythm altogether -- check out the percussion on "Shadows" and try to find a time signature anywhere, though the ensemble has no trouble playing or keeping together during Harriott's raw, bluesed-out solo. Drummers Bobby Orr and Paul Seamen (who alternated) were both amazing. Pianist Pat Smythe was the driving force in the rhythm section, creating very large chords and pulsing them along modal lines to keep everyone focused. Trumpeter Shake Keane was the perfect lyrical foil for Harriott, in that his smooth, high-register approach contrasted brightly with Harriott's gospel and guttersnipe honk, and bassist Coleridge Goode was the technician of atmosphere for this band. Abstract is wonderful; it shows that the Brits were taking the new jazz of the early '60s and placing a spin on it because they had a few players like Joe Harriott. Here is a musician deserving of a wide reappraisal. Let's hope he gets it."