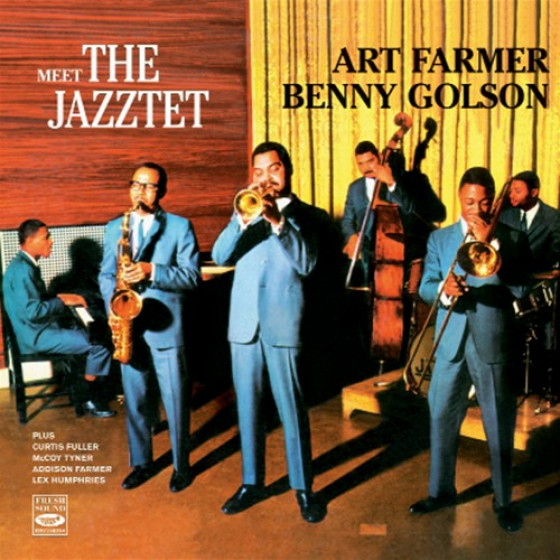 Here is the swinging debut of the Jazztet, the group that set the jazz world on fire just a few months after they made their official first public appearance on November 16, 1959 in New Yorks Five Spot café.

Art Farmer and Benny Golson led this sextet that sounds like a big band, with the idea of giving ample space to each soloist, but within a framework that did more than set up lines at the beginning and end in a jam session type of group. With composer-arranger Golson doing the majority of the writing, this was fully accomplished. I feel that with three horns, we can get any effect we want. How do we get such a big sound? Its really no trick. Its there and obviousyou just have to pick the right notes. Theyre there. You have to emulate the things you have in your mind, said Golson.

The Jazztet won the new star award among jazz groups in the 1960 Down Beat International Jazz Critics poll.

Personnel on all tracks:

Original recordings produced by Kay Norton
under the supervision of Jack Tracy.

"Although this CD has the same program as the original LP, it gets the highest rating because it is a hard bop classic. Not only does it include superior solos from trumpeter Art Farmer, trombonist Curtis Fuller, tenor saxophonist Benny Golson, and pianist McCoy Tyner (who was making his recording debut) along with fine backup from bassist Addison Farmer and drummer Lex Humphries, but it features the writing of Golson. Highlights include the original version of "Killer Joe" along with early renditions of "I Remember Clifford" and "Blues March." This was Fuller and Tyner's only recording with the original Jazztet, and all ten selections (which also include "Serenata," "It Ain't Necessarily So," "It's All Right With Me," and "Easy Living") are quite memorable."