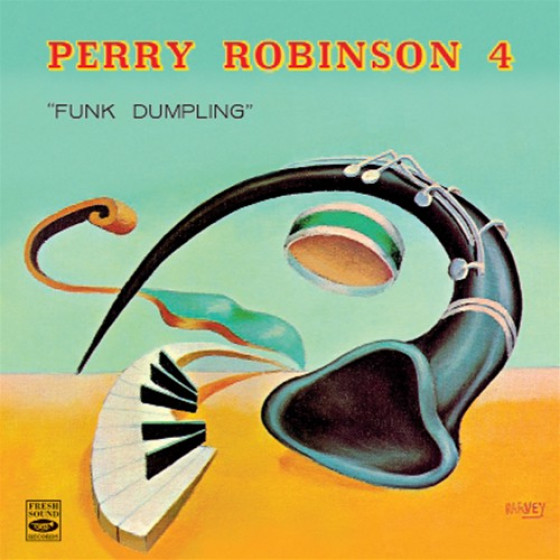 Perry Robinson (N.Y.C., 1938) attended New York Music and Arts High School from 1952 to 1956, when he encountered the music of bop clarinetists Buddy De Franco and Tony Scott, the last-named becoming a major influence on him. By 1955, Robinson was on the NYC jazz scene, playing Sonny Rollins' and Charlie Parker's music on the clarinet.

In 1959, a tape of Perry playing with his friends, pianist Jon Mayer, bassist Chuck Israels and drummer Arnie Wise, won him a scholarship to the Lenox School of Jazz, where he met and played with such avant garde trailblazers as Ornette Coleman and Don Cherry. After Lenox, Robinson joined Mayer, Israels and Wise in Spain and, at Madrids Whisky Jazz Club, began exploring the freer approach of Coleman and Cherry. He soon lost his job.

But the blind Catalonian pianist, Tete Montoliu, impressed by Perrys advanced approach, asked him to join his new quintet, which was featured at the inauguration of Barcelonas legendary Jamboree club. He returned to New York in December 1960.

In 1962 Perry recorded Funk Dumpling his first album as a leader in Newark for Savoy Records with Kenny Barron on piano, bassist Henry Grimes, and Bill Evans Trio drummer Paul Motian. In taking the work of Coleman, Coltrane and Evans and applying it to the clarinet-led ensemble, the album is a landmark in the history of jazz clarinet.