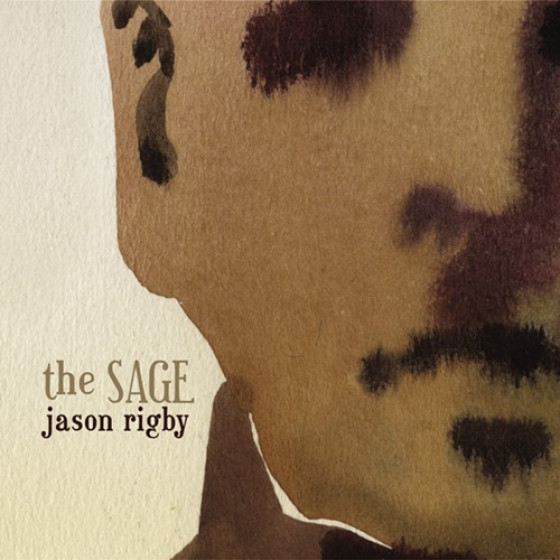 "With The Sage, Jason Rigby has composed an album that's thought-provoking
without being pretentious, accessible without being insubstantial. Rigby is a fine saxophonist who builds coherent ideas gradually without over-emoting, the sign of someone in complete control of his craft.

The fluid themes and textures of 'Magenta' recall an Ornette Coleman-type of opening, with drummer Gerald Cleaver thrashing impatiently above the slowly developing motif. Trumpeter Russ Johnson picks up Cleaver's tempo, then hands it off to Rigby, who sprints away passionately on tenor. The tight brass arrangement and Mike Holober's Rhodes musings on 'Crux' bring the second great Miles Davis Quintet to mind. None of this is hollow mimicry; Rigby uses these points of reference as blueprints from which to construct his unique statements.

At times the members appear to be playing different songs but in the end everything is on time and meshes perfectly. Rigby shows off his admirable skill on the flute for the pensive 'Shift of Color,' on which Holober takes a star turn. Listen to Johnson's querulous trumpet plunger on 'The Archer' or the way bassist Cameron Brown's bold plucking sets the pace for 'Slip.' Rigby and Johnson play beautifully together throughout the disc and the rhythm section of Holober, Brown and Cleaver is rock-solid and
dynamic.

If 'atavistic' isn't the right word to apply to The Sage, it's certainly correct to say that this disc is in the finest tradition of collective improvisation. The diversity of Rigby's compositions and arrangements shows that he knows how to write for, and listen to, his bandmates. This quintet's synergy and interplay is guaranteed to energize any listener."

Terrell Kent Holmes -All About Jazz

"Aggressive doesn't necessarily mean wild, and somehow the saxophonist's quintet sustains a daunting finesse while swinging full tilt on the new The Sage. Imagine Miles' Filles De Killimanjaro outfit pumping out some Jazz Messengers' energy. Insiders know that kind of chutzpah is even more visceral on stage, so this gig, with the same musicians from the disc, might be a full-fledged throw down."

"With Russ Johnson on trumpet, Mike Holober on Rhodes, Cameron Brown on bass, Gerald Cleaver on drums. Rigby has a deep, resonant tenor sax sound and an effortless command of inside-outside vocab. Tremendous band, interesting tunes from a forthcoming CD The Sage, which follows up 2006's excellent Translucent Space."