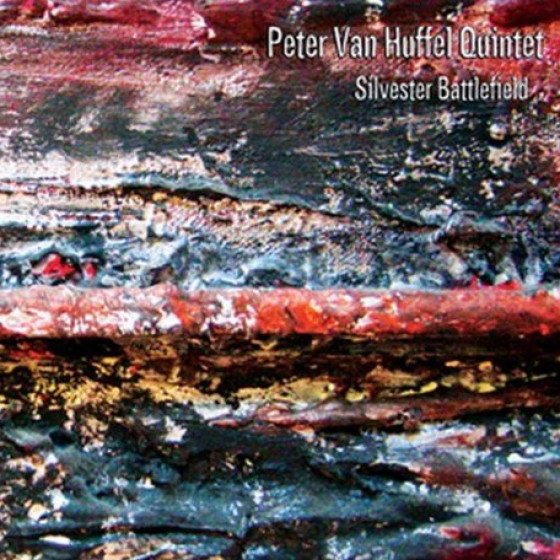 Canadian saxophonist Peter Van Huffel currently makes his home in Brooklyn, and has quickly established a reputation as one of the most exciting, unique, new voices on the local improvised music scene. His quintet, which according to All About Jazz Features some of the most outstanding, original and innovative musicians in New Yorks new talent pool, performs regularly at a number of important venues in the rapidly growing Brooklyn scene. Featuring all original compositions, this brand new recording, his third official CD, Silvester Battlefield, benefits of solid backing provided by his New York based quintet.

“Talented Canadian reedman Van Huffel has survived musically in New York, where he currently leads a quintet of young lions that includes another Canadian exile, bassist Michael Bates. The well-attuned fivesome, who’ll be at The Rex at 9:30 tonight to officially release the CD, are comfortable in the bop to free world, raging cheerily on the title tune (which refers to Germany’s New Year’s Eve celebrations), easing elegantly through “Good Mornings” and “Linnea’s Folk Song” and wailing hard on “Rundles Peak.” The sounds are never too dense, the approach is adaptable and each band member is acutely aware of his colleague’s creative aims. Top track: “The Traveler” with style, rhythm and intensity in a constant state of flux.”


“Take nothing for granted when you check out this session with Canadian expatriate Peter Van Huffel leading his crew of New York musicians. They work the edge of post-bop jazz, and venture boldly beyond conventional rhythmic and harmonic patterns. A Kingston, Ont. native, saxophonist Van Huffel writes music that opens space for improvisation, sometimes on several levels simultaneously. And members of his quintet interact beautifully, taking their time to establish and maintain the tone and texture of each piece. Scott DuBois (guitar), Jesse Stacken (piano), Michael Bates (bass) and Jeff Davis (drums) are a cohesive team on eight originals. The results are compelling. Podworthy: Closed Tight.”


“The Canadian Brooklynite has just dropped Silvester Battlefield, one of the more memorable Fresh Sounds discs in a while. In it the saxophonist proffers the kind of graceful turbulence that sidesteps melody yet delivers a compelling tunefulness. It¹s all about the exploratory, and its inner structures keep you on the edge of your seat.”


“Brooklyn-based Canadian saxophonist Peter Van Huffel leads his New York band in a preview of material from Silvester Battlefield, soon to be issued on the Fresh Sound New Talent label. An impressive session from beginning to end, the set proves Van Huffel to be a compelling melodist with a fiery outward-bound streak and a penchant for layering opposed rhythms in quirky, compelling ways...”