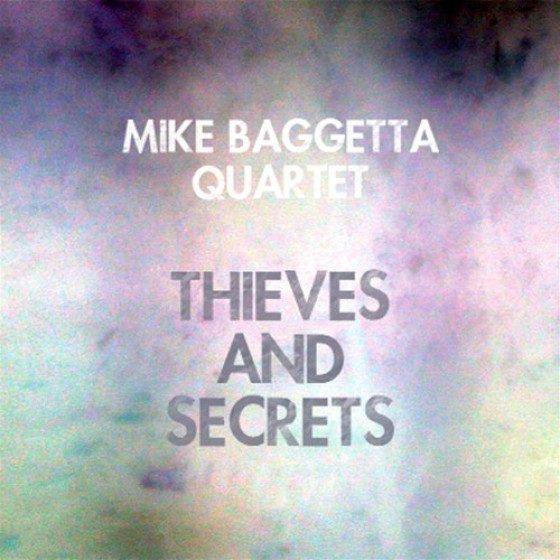 All songs written by Mike Baggetta, except "Thieves and Secrets" by Nathan Blehar, and "Transmission" by Baggetta, Opsvik, Rigby and Schuller.

Recorded at The Bunker Studio, in Brooklyn, New York, on June 2013

"An agile guitarist with a decidedly modern approach, Mike Baggetta has a satisfying new album, Thieves and Secrets..."


"Guitarist Mike Baggetta is an adventurous improvisor who stretches out on original sonic paths... This richly conceived album speaks to a forward moving and diverse approach to music-making."


"...there is a free yet subdued vibe going on, similar to waking from a calm yet slightly disorienting dream... The more I listen to this disc, the more I hear the sly, shrewd interplay and crafty writing. An understated gem."


"Interesting coincidence that guitarist Baggetta is releasing a new albumat the same time as similarly-minded Brian Blade. Both possess sounds that brood and simmer and drift, but where Blade¹s Fellowship has a solemn tone reminiscent of the gospel of Sunday church, Baggetta¹s music is all about the outdoors, a freer sort of folk-jazz that is as likely to bend your ear with a little twang as it is to slip in some bop chatter."


"On 'Thieves and Secrets' (Fresh Sound New Talent), the New York jazz guitarist Mike Baggetta makes stealthy, mysterious music, with electric and acoustic guitar, and some electronics. Hes played his share of standard jazz repertory, and can improvise fast and fluidly, showing all kinds of learning. (His solos here on the title track and on Country Wisdom make that plain.) But this is something else. Mr. Baggetta is into making clearly delineated music, melodies and chord patterns and actual songs, but hes also into sound and space and texture. Hes a soloist, but interested in the whole area of a piece of music: backgrounds and middle grounds as much as foregrounds. Whats especially good here in a set of calm, slow songs with the saxophonist Jason Rigby, the bassist Eivind Opsvik and the drummer George Schuller is that hes trying to do something personal with collective improvisation without ever getting in the way of beauty."