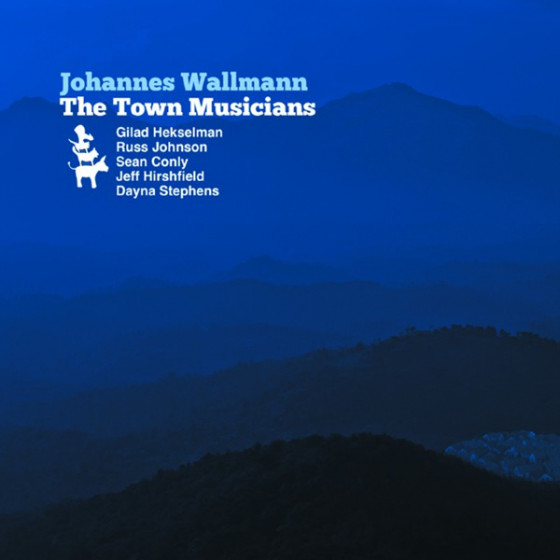 All compositions by Johannes Wallmann, except #7 by Frederick Loewe and Alan Jay Lerner.

"There is truth in advertising in the Fresh Sound New Talent Label. This Spanish label finds artists that show a hopeful future for jazz. Here, weve got pianist Johannes Wallmann leading a flexible team of Gilad Hekselman/g, Russ Johnsoon/tp, Sean Conly/b, and Jeff Hirshfield/dr . With Johnson on plunger, the band can deliver a fun and funky New Orleans atmosphere on a slinky Wookies Groove and can skate as softly as Sonja Henie as Dayna Stephens tenor adds warmth on November Song. The team knows how to bop with kinetic and swift drum work on Paper Balls while Conly and the leader deliver a mysteriously swinging atmosphere on The Town Musicians of Brooklyn. Some wonderful nocturnal piano work is served up by Wallmann on Lakeshore and Hekslemans electric guitar musings daintily bop with Johnson on I Could Have Danced All Night. Are they coming to LA soon?"

"If I were responsible for an album as good as this, Id be shouting about it but the package lacks information apart from recording and personnel details plus track listings. There does however seem to be a hidden structure and possibly a narrative to the 12 tracks. The music isnt lapel-grabbing but it does speak persuasively and in a variety of mood, with a spirit of basic consensus that allows the tunes to develop with everyone making significant statements.

And what super tunes they are, especially Paper Balls, a quiet sizzler that has guitarist Hekselman setting off with bassist Conly in a line, to be caught by Wallmann with trumpeter Johnson in support as the guitar drops back, but not to any routine background function. Part of the delight of this album is derived from the way musicians momentarily out of contention regularly communicate their presence. Then theres the lengthy November Song, featuring tenorist Stephenss second of only two appearances. His solo emanates from a sax-guitar-trumpet chorus before Wallmanns solo and then Hekselman works his wonders behind Conlys. Id almost be persuaded that Stephenss early exit was part of the unwritten scenario. Thats further hinted at by three short interludes based on a piano-bass ostinato, the last featuring Hekselman in distant, excruciating turmoil. The tracks are Wallmanns bar I Could Have Danced All Night, around which rings are run before the theme becomes Lerner/Loewe as we know them. Fascinating."

"The Town Musicians affirms Johannes Wallmanns reputation as a remarkable pianist and composer. Here, he leads a sterling ensemble that optimizes poised improvisation, while also placing high premiums on cohesive empathy over flashy exhibitionism. His evocative compositions are brimming with melodic cogency and rhythmic pull.

The exuberant Paper Balls bounces to a sleek, post-bop swing, over which Hekselman and Johnson unravel knotting modern bop improvisations. The stately Lakeshore attests to the pianists gift for penning ballads. Wallmann and company unfold a rapturous melody, accentuated by Johnsons clarion trumpet and a haunting piano accompaniment.

The ballads are the main sweet spots on this disc. In addition to Lakeshore, the other standouts are the suspenseful waltz November Song, which features tenor saxophonist Dayna Stephens sharing the frontline with Johnson, and the dusky Concurrencies, which hints at soul-jazz thanks to Hirshfields gentle backbeat and the songs succinct melodicism.

In turn, the discs most riveting moment occurs on its sole non-original, Frederick Loewe and Alan Jay Lerners I Could Have Danced All Night. The musicians recast the once-giddy melody with a shapely, almost harmolodic treatment, marked by intertwining improvisations from Wallmann, Johnson and Hekselman that waft about without ever losing focus."

"Johannes Wallmann could write a great travel guide about the North American jazz landscape. German-born but raised in Vancouver, the Ph.D.-holding pianist has performed across the entire continent and lived on both of its coasts. In Oakland, California, he directed the jazz studies program at California State University. In New York City, he taught jazz improvisation and music theory at New York University and The New School. In Madison, Wisconsin, where he currently lives, he serves as the director of jazz studies for the University of Wisconsin-Madison.

His latest disc, The Town Musicians, is shaped by the sounds of the places hes called home. Hes accompanied by longtime New York trio partners Sean Conly (bass) and Jeff Hirshfield (drums), as well as the acclaimed Israeli guitarist Gilad Hekselman and fellow Midwestern transplant Russ Johnson on trumpet. Bay Area tenor saxophonist Dayna Stephens joins the team for two tracks. The program is a stunning collage of jazz styles and genres, switching idioms from track to track. The New Orleans funk of Wookies Groove sets a charge early on, with Johnsons growling trumpet and Hekselmans twangy riffs adding some grit. Paper Balls is an incendiary East Coast bop tune, with a fierce, locomotive bass line by Conly that pushes the band to the brink, and Interlude #3, which features fleet fretboard work from Hekselman, melds crunchy fusion sounds with the unpredictability of the avant-garde.

The albums title comes from a Brothers Grimm folktale about four animalsa donkey, a dog, a cat and a roosterwho grow tired of rural life and decide to become musicians, leaving the cozy confines of their farm in search of excitement. Though at first they cant coordinate their whinnies, barks, purrs and cock-a-doodle-doos, they soon learn to join their distinct voices in harmony. Wallmann, a similarly well-traveled troubadour, has accomplished a comparable goal. Hes created a harmonious album from a lifetime of diverse sounds and experiences."