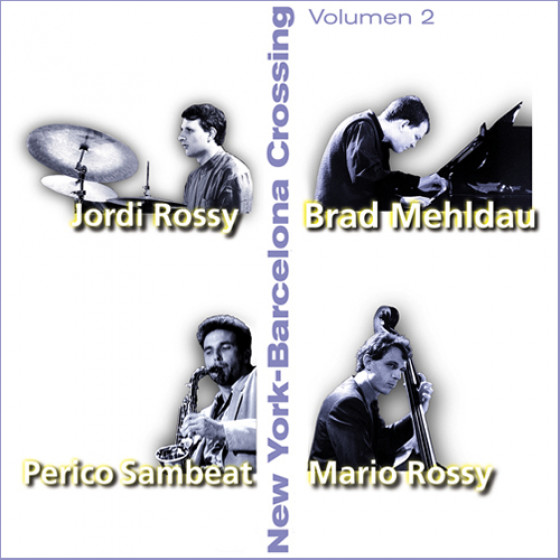 Fresh Sound New Talent series features emerging artists mainly from New York or Barcelona. The label produced the debut recordings of Brad Mehldau, a key figure on todays world stage. Having formerly released the Mehldau-Rossy Trio "When I Fall in Love." In these two CDs the trio joined the Spanish altoist Perico Sambeat. The quartet confidently stretches out in a variety of tempos and feels, captured live at the Jamboree Club in Barcelona in 1993.

On this truly international set, pianist Brad Mehldau leads a stellar quartet that includes saxophonist Perico Sambeat as well as his regular partners Jordi and Mario Rossy in a Barcelona, Spain performance. What is engrossing about the disc is the utter fluidity with which these four young musicians from varying backgrounds are able to communicate using the common language of standard songs. From Bud Powell's fiery "Un Poco Loco" to Bobby Timmons' soulful "Dat Dere" the group swings effortlessly, sharing in a mutual give-and-take that only well studied students of the art can achieve. What's more, the on-the-spot feel of the performance captures the players without any pretenses about being too perfect for the microphone. The results are as close to an in-person recreation as can be had. Also included among the highlights are Monk's "Played Twice" and Coltrane's "Cousin Mary."