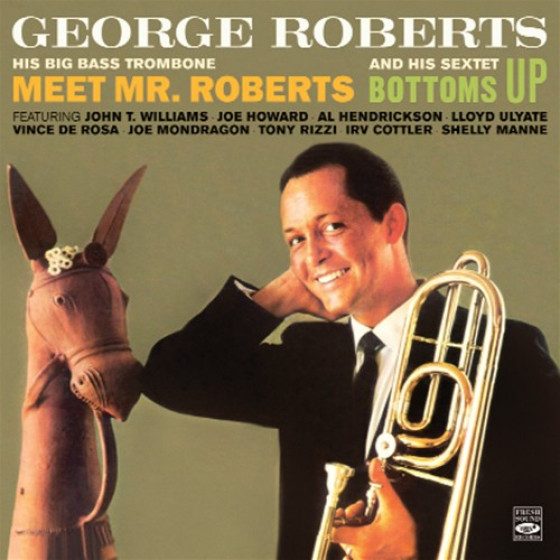 During the Fifties, the bass trombone did come to spectacular attention in the gifted hands of George Roberts, one of Los Angeles most sought-after sidemen and busiest studio men, whose arresting style was introduced to audiences on the two Columbia Records albums he made as a leader in 1959 and 1960.

Meet Mr. Roberts, the first of the two, focused on the wonderful open sound of his trombone, romping through a set of standards with an unusual line-up featuringin addition to Robertsthree trombones, two French horns, vibes, bass, drums and a harp, with Frank DeVol taking care of the direction and arrangements.

For Bottoms Up, the second, he used a sextet, and added a special mute to his bass trombone to produce a rich, warm and happy sound that was unusually appealing. John T. Williams was the arranger and pianist of the group, which also includes two guitars, piano, bass and drums. Making use of his generous wit and a dash of sentiment, Roberts kept the tone light and bouncy for both albums, which reflect his sinuous style and keen sense of humor in an irresistible combination.