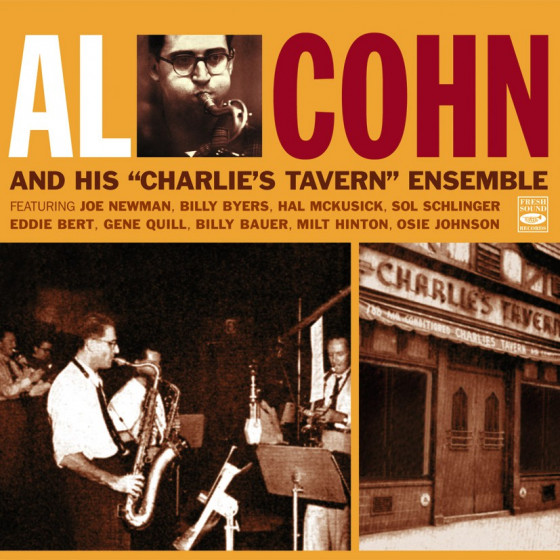 And His Charlie's Tavern Ensemble

Al Cohn was something special, a gem among musicians. Writer, arranger, performer, leaderhe was one of those rare creative artists gifted with unlimited imagination and technical resources, with magnificent taste and an unerring insight into the expressiveness of East Coast jazz. In the 50s, the personnel he assembled for the four sessions that make up this CD often relaxed in Charlies Tavern, a congenial watering hole on Broadway across from Birdland, the jazz corner of the world. Despite slight personnel changes, each group was power-packed and, unlike many such outfits, married outstanding individuality to collective cohesiveness. With them, Cohn emphatically demonstrated the allembracing brilliance of the many-faceted talents that earned him the title Mr. Music.