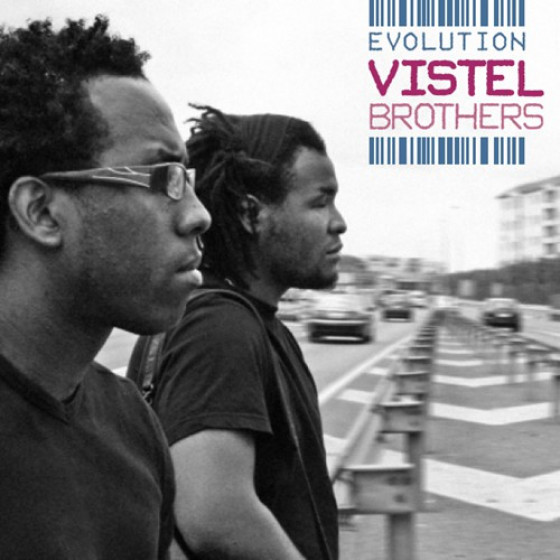 All tracks composed by Jorge Vistel except tracks #4 & 7 by Maikel Vistel.

Cuba and jazz have always had a unique relationship. Africa beats in both their hearts; it lives in every act of creation, and it resonates in the collective memory of their descendants, even when some of those expressions are invisible to our eyes.

The links between Cuba and this particular genre originated in their independence wars, during the last decades of the XIX century. Groups of free blacks and Cuban exiles arrived in New Orleans and New York, forming communities that, as chance would have it, grew together with jazz and influenced it forever. Likewise, jazz arrived in the island to stay. Throughout the XX century, several generations of musicians adopted the genre as their own, and made it grow to its full potential.

When I listened to Evolution for the first time, this process, which made the work of Maikel and Jorge possible, immediately came to mind. They were born in Santiago de Cuba, and La Habana witnessed their first awards and their recognition as jazz musicians. Now Spain and other countries in Europe have given them the chance to grow musically, allowing them to share the stage with acclaimed artists including Joe Lovano, Eddy Henderson, Jame Carter, Francisco Mela, Roy Hargrover, Benny Green...

Vistel Brothersthat is how they have been known internationally for the past few yearshave condensed in their first work the essence of their aesthetic and musical ideals. The proposal they bring us breaks every imaginable geographic boundary. It stays away from stereotypes and conventional formulas when dealing with Latin jazz, making display of a truly universal and avant-garde style.

The nine compositions included on this CD, fight for a clear, defined concept that shines among the most contemporary styles of swing. Tunes like Woody, Al límite, Pirámide and Héroes, can be considered genuine tributes to musicians like Woody Shaw, Steve Coleman and Miguel Zenón, who have influenced them as much as John Coltrane, Miles Davis, Wayne Shorter, Joe Henderson, Walter Smith, et al. At some points, you will be offered more experimental sounds with the addition of electronic tones, while at others the aim is to find contrast and transparency in the form of the ballads Carmen and Nostalgia.

The compositional maturity of this records can only be compared to the communicational chemistry the quintet shows in their performances. On this occasion, the Vistel Brothers have decided to work with several other young jazz musicians, mostly Cuban, who have great talent and empathy in their musical conceptions. They are Reinier Elizarde (double bass), David Virelles (piano and keyboard) and Iago Fernández, from Spain (drums); as guests you will find Roman Filiú (alto sax), Ariel Bringuez (tenor sax) and Juanma Barroso (drums). Together, they reach truly artistic results.

The listener will recognize the poetic flight of these melodic lines, drawing over harmonic cycles and syncopated patterns. This mixture, almost hypnotic, spawns all kind of feelings, urges, and a relentless surge of organic energy that flows from every musical note. The average adjective just wont do when reason and technical prowess are at the service of art when inspiration strikes. Maikel and Jorge, 26 and 27 years old, have found the path of real expression. Let us follow their future works closely, and with them the evolution of a musical career that just now begins to shine among the lovers of good jazz.