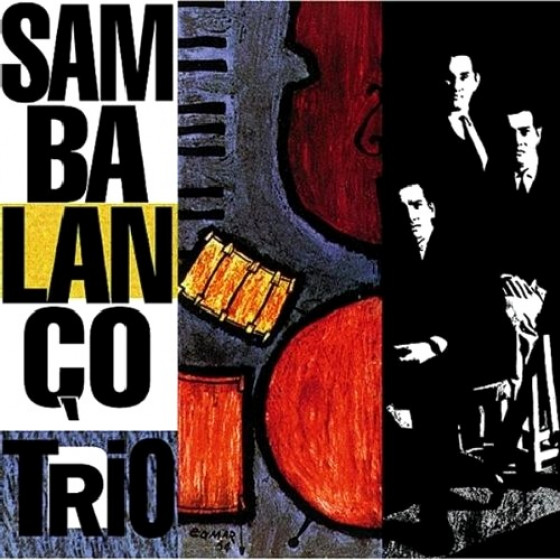 "As the bossa nova style exited seven nascent years of development and entered into a post-pubescent stage full of confidence, the Sambalanço Trio hit the Brazilian music scene with a splash. Comprised of César Camargo Mariano on piano, Humberto Clayber on bass, and future percussion superstar Airto Moreira on traps, the Sambalanço Trio had a sophisticated and multi-faceted sound, one that melded an aggressive, samba-school-on-parade sound with a subtler air, redolent of Antonio Carlos Jobim, João Gilberto, and even the Bill Evans Trio. For example, "Samblues" - the opening track on the Sambalanço Trio's self-titled re-release - combines Moreira's samba-derived partido alto rhythms with Mariano and Clayber's cool, blues-based melodies. On "Berimbau," traditional elements - such as a Brazilian bagpipe intro and syncopated Capoeira rhythms - are fused with a five-four melodic passage that sounds like a section from Dave Brubeck's "Take Five." These two songs, along with the album as a whole, deftly illustrate how the Sambalanço Trio infused the soporific bossa nova scene of 1964 with much-needed doses of energetic rhythms, cutting-edge jazz voicings, and spontaneity. One of the only drawbacks to this release is its short length, but whatever the CD lacks in quantity of songs, the Sambalanço Trio more than makes up for it in their quality."