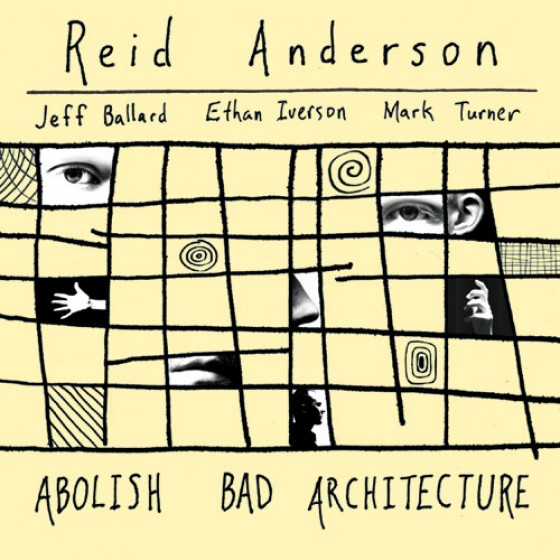 Reid Andersons second CD is a complete confirmation of what we all expected after his first release, Dirty Show Tunes, considered by the New York Times to be one of 1999 years best jazz recordings.

"While it doesn't quite pack the punch of Anderson's debut disc, Abolish Bad Architecture is another exemplary showcase for the young bassist/composer and his fiery quartet. Jeff Ballard replaces Jordi Rossy on drums, deftly handling the complex rhythmic structures of "Todas las Cosas Se Van," "Miró," and the title track.

Tenor saxophonist Mark Turner and pianist Ethan Iverson contribute some of their finest playing on record. The final selection, "Hommage: Mahler," contains whiffs of the "Adagietto" movement of Gustav Mahler's "Symphony No. 2." Anderson places the plaintive melody over a soft-rock drum beat, which somehow makes perfect musical sense. Only a superior conceptualist could pull something like this off.