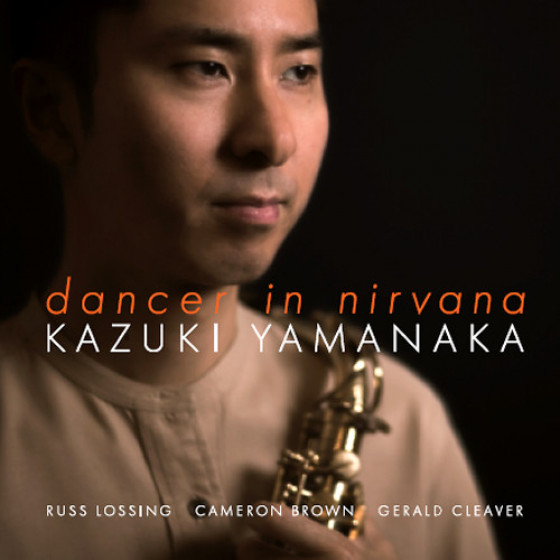 The idea of a sound. Long has been the journey that brought Kazuki Yam­­anaka from Saitama, a city at the periphery of Greater Tokyo Area, to New York City via the SUNY Conservatory of Music at Purchase College and, finally, the Brooklyn avant-garde jazz scene in the quest for his sound. Eventually, chance brought Kazuki and his partners to Brooklyn’s Ibeam in December 2018: and there it was, the sound. Thanks to the inner energy and openness to what the city has offer to those who can grab it in terms of diversity, these four musicians came together as a sound, each contributing independently, respecting each other, waiting patiently for what each has to say, note after note, sound after sound, until beauty is reached. This requires openness and acceptance to uncertainty, a sense of innocent surprise to capture the full benefit of what good and fresh the city has to offer and make it your own.

The sound of surprise, the ultimate essence of improvisation. As Kazuki himself states, “improvisational music is natural to me as I perceive it as human life itself: facing the unknown together, understanding each other, reaching for a common vision. There is no better feeling.” And this is what these four musicians transmit: a sense of purpose and empathy. It is hard to believe this is not a working band as it sounds like they have known and played with each other forever. Besides their individualities—Kazuki refers to them as energy (Russ), generosity (Cameron), and consistency (Gerald) —personal histories and experiences they express beauty. The three of them come together symbiotically in the music space Kazuki is able to create with his melodic yet free approach to composing that leaves ample space to express themselves fully and with all the calm it takes.

Thus the music speaks for and by itself, drawing from many different sources of inspiration: from Statues of Buddhism in Kyoto for Dancer in Nirvana to an “elusive” melody {Elusive Mood), a heartfelt dedication to John Abercrombie in John’s Green Waltz (one of his mentors along with Jon Gordon, Jon Faddis, and Hal Galper), and memories of old days in Reminiscence. Kazuki knows the tradition as Stella’s Fancy intervallic melody (is Stella fancy or the fancy of Stella?) and playing with Lady Bird’s changes in Lady Peacock clearly show. But it is his own approach and sharing his vision with his partners that make this music unique. Enjoy.

Special thanks to Dr. Sachiko Kuno

"Saxophonist Kazuki Yamanaka is a new name to me, but this is his second album (his first, Songs Unconscious-minded, was released in 2015). The Dancer in Nirvana personnel line up is as follows: Kazuki Yamanaka on alto or soprano sax, Russ Lossing at the piano, Cameron Brown plays bass, and Gerald Cleaver is on drums.

The album plays out between the jazz tradition and the atonality of contemporary jazz. I have to admit that the freer end of this musical spectrum did, initially, cause me some concern in terms of a subjective review in that, being a non-musician, I do not fully understand the compositional structure or playing of free jazz. After a little research, some help from thejazzpianosite.com, and repeated listening my response to atonal music is shifting.

The title track to the album, “Dancer in Nirvana”, was inspired by a visit to Sanjusandgendo, a Buddhist temple in Kyoto. In the main hall of the temple stand a thousand Kannon statues and it is Kazuki’s response to the silence that surrounds these statues that guided his writing. This is a track that needs to be listened to, not just heard, and responded to with your own emotional reaction to someone else’s experience: my reaction changed and opened up the more I took the time to engage with what I was hearing.

“Elusive Mood” has swing about it and a resolution within the tune’s structure that put me on a more familiar footing in terms of the style of jazz that stimulated my interest in the art form in the first place. “John’s Green Place” is “a heartfelt dedication to John Abercrombie” and plays beautifully throughout with wonderful tone from the saxophone and stellar playing by Russ Lossing at the piano.

“The Life of a Mushroom” is built around a repeated phrase picked up by each member of the rhythm section before both sax and piano take the music down a more abstract route. “Stella’s Fancy” and “Lady Peacock” both have a bop style vibe about them. The playing on both swings and is driven by some terrific bass work from Cameron Brown with strong support from drummer Gerald Cleaver.

“The Lost Sheep” takes the listener back down the freer jazz style employed across this album. There is some beautiful phrasing throughout this track with clean playing from Kazuki Yamanaka on the alto sax. “Reminiscence”, the final self-penned tune from the group’s leader, highlights the control that the saxophonist has over his instrument. There are some wonderful soaring passages that are a joy to listen to, and, again, the playing of Russ Lossing is perfectly pitched throughout.

“Epilogue” is an improvised piece and, therefore, writing credits are attributed to the group. An epilogue is placed at the end of a work to serve as a comment on or draw a conclusion to what has come before: in this instance I find the epilogue ambiguous and perhaps, given the freerer jazz styling that peppers this album, that should not come as any great surprise.

I did enjoy this album, and it has helped open my mind to the more abstract jazz style that I have always shied away from in the past. I found this an intriguing set played by musicians who know when to support and when to stretch out. The control shown across the range of his playing by Kazuki Yamanaka is admirable and the plaintive quality to his sound is effective: a player to listen out for as he develops his sound and his compositional voice."