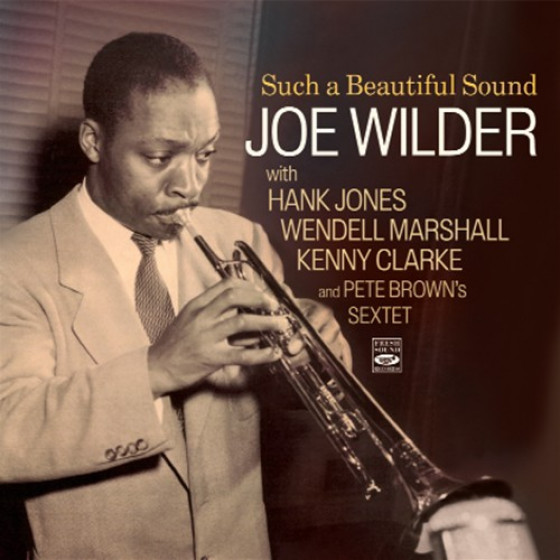 In 1953, Joe Wilder (Colwyn, Pennsylvania 1922), an ex-Basieite trumpeter with extensive big band experience, settled in New York to play for pit bands, TV, and to do studio recording work. Wilders reputation as a valuable sideman became increasingly impressive, more so with each new appearance on record, and for good reason.

On the opening session of this setrecorded in November 1955Wilder is guested on two standards with the superb trio of Hank Jones, Wendell Marshall and Kenny Clarke, the Savoy labels house rhythm section.

They proved an ideal support for Wilders delightfully musical sensibility, something triumphantly confirmed a few weeks later when they backed Wilder on his own solo debut album, N Wilder... a wonderfully individual session on which he displays the rare combination of flowing, singing lines and drive, strength and swing. Mature and impressive at any tempo, Wilders beautiful, big-toned sound, and fresh, creative conception shines especially on ballads.

On the last date, we find the trumpeter back in the fall of 1954, when he played as a sideman of a sextet headed by Pete Brown, an unjustly neglected, tastefully jumping alto saxophonist, who made his leader debut on record for Bethlehem with the 10 album Peter the Great. On a well-chosen programme of standards and blues, both hornmen display a skilled range of ability at an easy, conversational level, well supported by a good rhythm section featuring brief but excellent contributions by guitarist Wally Richardson, and Wade Legge, Dizzy Gillespies pianist.

At a time when many styles were blurring into each other, Wilder was maturely his own man, with such a beautiful sound. Still active in 2013 he is a true living legend of the trumpet.

"Yes, it is a beautiful sound, and the playing technically faultless in every possible way. Its no wonder other musicians, trumpet players especially, speak of Joe Wilder in hushed tones. He doesnt show off; he has no need to. Very occasionally he decorates an otherwise sedate line with a little flurry of demi-semiquavers, each note a perfect, minute pin-prick, but mostly he just plays calmly on with that pellucid tone gently doing its stuff. With Hank Jones (his lifelong friend) on piano, you have guaranteed perfection in all departments.

So why am not quite as overwhelmed as I should be? It bothers me. I think of other gentle players Art Farmer, Joe Gordon, Tony Fruscella, Bobby Hackett and the only thing that comes to mind is that, compared with them, Wilder seems slightly disengaged. I sometimes have the same feeling about Benny Carter. Hes so super-good, so on top of the job, that it puts a distance between him and the material. But that cant be the whole story. Think of other super-good players, such as Clifford Brown or Stan Getz or Benny Goodman. Nothing dégagé about any of them. I cant account for it, but neither can I ignore it, so I shall set it aside to worry about later.

But only a very good and interesting player, of Joe Wilders stature, is worth worrying about. There are some lovely pieces here, in particular My Heart Stood Still and Darn That Dream, both of which are utterly charming.

The first two tracks are billed as by the Hank Jones Trio with Joe Wilder, tracks 3 to 8 have the same personnel (the trio was the Savoy house rhythm section at the time) and originally came out as an LP, under the title Wilder n Wilder. Tracks 9 to 15 are by the Pete Brown Sextet and they havent aged particularly well, but Wilder is his usual immaculate self.

Joe Wilder is still with us and, as far as I know, still playing. I am writing this on the day following his 92nd birthday."