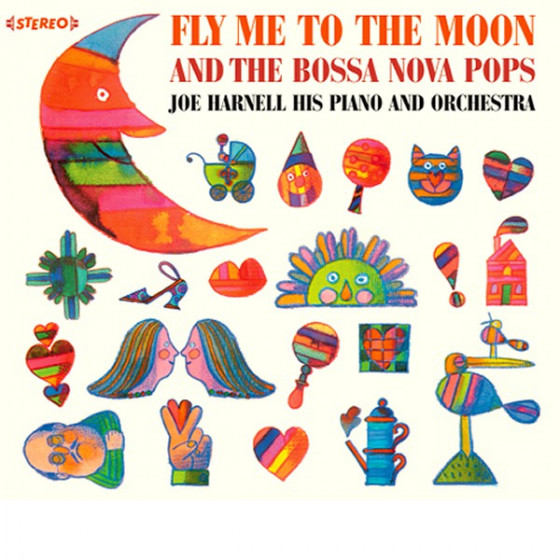 Born August 2, 1924, in the Bronx, Harnell began studying piano at age 6 and was playing in Klezmer and Catskill society bands by age 14. During the 1950s and 60s, he worked as a pianist, arranger and musical director for an impressive array of popular including Frank Sinatra, Judy Garland, Lena Horne, Peggy Lee, Pearl Bailey, Marlene Dietrich, and Shirley MacLaine.

Composer John Williams referred to Harnell as one of the genuine masters of the American musical scene. His career as pianist, arranger, composer and conductor spans the richest and most creative period of our countrys musical life, and Joes contribution to it has become a major one.

Injured in a serious automobile accident in 1962, Joe Harnell was recuperating in New York City when the bossa nova phenomenon hit the U.S. Kapp Records, looking to capitalize on the new rage, contacted with Harnell to produce an orchestral album applying the sound to a collection of mostly old standards. Aided by Al Caiola, Tony Mottola and Milt Hinton, Harnell quickly arranged and recorded two sides to be released on a single. One of the tunes he selected was an old Bart Howard song titled, In Other Words. Harnell, an amateur pilot, suggested listing the tune by its subtitle, the first words of the lyrics: Fly Me to the Moon. Not only did his recording reach the Top 10 singles chart, but the album itself stayed in the Top 40 for the better part of the next year.