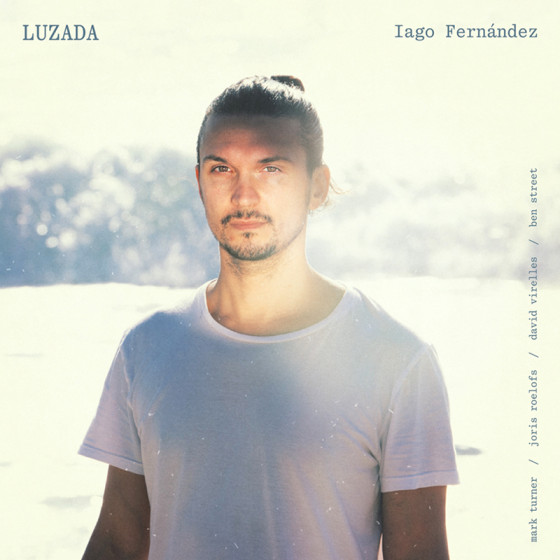 It is marvelous! original, lyrical and honest, the compositions are beautiful and clear harmonically and melodically. There is not a single superfluous note.

Furthermore, the orchestration of the themes is very peculiar, very rich, with dense textures in the low register in some moments in which the luminosity of mark's high register and voice stands out in a very effective way.

Rhythmically I love the fluidity and originallity of the pieces. Totally free of specific stylistic references.

I think that apart from the instrumentation, the choice of each participating musician contributes a lot to give the recording avery marked mysterious and poetic identity. It givbes the feeling that the music is written with each of the performers in mind.

This music sounds 100% Iago Fernández. No one else could have written something like this and shaped the sound of the band from the drums like he does. I know I'm going to listen this album many more times because there is so much to savor in each track.

"Though probably unfamiliar to most people, Spanish drummer Lago Fernández surrounds himself with a high-profile American band that includes tenor saxophonist Mark Turner, pianist David Virelles, and bassist Ben Street. The opening of his fourth album is atypical: a Brazilian-style song led by Yumi Ito, sung in Galician, the leader's native language, which is quite similar to Portuguese. Fernández wrote a poem for Ito to interpret, and he does it again in the fourth theme. The drummer also provides a secondary vocal line and sings another poem, respectively.

Aside from these vocal numbers, the main body of largely original melodies levitates around a very sensitive instrumental palette. Central to these detailed works is the reed relationship between Turner and bass clarinetist Joris Roelofs, whether soloing, exchanging phrases, or harmonizing on exquisite bass-tone unity.

Street solos with eloquence in 'Arrolo da Alba', then 'Cadeas Por Fin' rides with a sure
pulse. Fernández remains in the background for much of the time, and Virelles is
calmer than usual, only with a forceful solo on the closing “Curarei”.

Players are intimately miked, creating an expanse where magnified detail can be
savored. The reeds sit well together every time, with a warm texture and human tone.
The aura of a Fernández melody can be relaxed, but it is always rich with meaningful
substance."