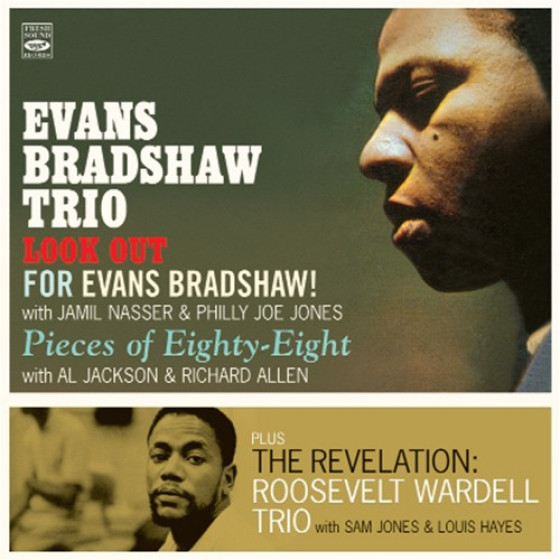 This set presents the only albums recorded for the Riverside label by two young and talented pianists: Evans Bradshaw (1933-1978) and Roosevelt Wardell (1934-1999). Both enjoyed some success in the late 50s and early 60s, and showed signs of maturing into significant jazz figures, but both remained largely unrecognized and their careers never took off as expected.

Roosevelt Wardell was an R&B singer before he became a jazz pianist. Altoist Cannonball Adderley, who by then was also acting as a Riverside A&R, discovered Wardell in Los Angeles while he was playing with Dexter Gordon. He quickly arranged for the recording of The Revelation, Wardells debut. An authoritative performer, the young pianist showed a maturity beyond his years, developing well-constructed, imaginative lines and absorbing his formative influences into an individual style devoid of empty flourishes or gimmicks, in which his roots and swing are ever present.

Their careers never lived up to the promise of these recordings. But the promise is still there to be recognized, savoured and enjoyed.

"The two-CD set Evans Bradshaw/Roosevelt Wardell (FSR 665) is particularly valuable because it has the only two albums led by the Detroit-based Evans Bradshaw, and the only one by Roosevelt Wardell (who years earlier had been an r&b singer). The two pianists, heard during 1958-60 in trios with the likes of drummer Philly Joe Jones and bassist Sam Jones, were certainly fine players in the modern mainstream of the period. If they had gotten the right breaks, they could have been considered on the level of Red Garland and Wynton Kelly. Instead, this twofer is practically their entire output."