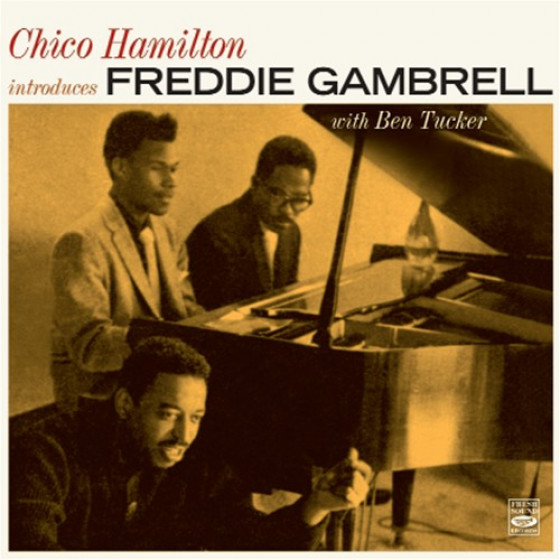 Freddie Gambrell was a little known West Coast pianist playing at San Franciscos Bop City club when, in 1956, Chico Hamilton heard him for the first time. I was so impressed while listening to him play that I felt I must play with this guywhich often happens to a musician when he hears something that he really digs, especially if he is right there when its happeningand so I did, said Hamilton. Gambrells fresh, lively talent was immediately accepted throughout the jazz scene when his playing was heard on his first album, under Chico Hamiltons leadership.

His second and introductory album as a piano soloist fulfilled the promise of his previous work under Chicos aegis. And it provided yet another example of the uncanny pianistic technique and sheer beauty and delicacy of tone and touch so often found in artists whose sight has been impaired.

"Freddie Gambrell could be described as an alternative to Cecil Taylor in terms of extending the legacy of Art Tatum into postmodernism, the majority of his peers choosing to cut and run as if a reader confronted with the first half of this sentence. So much more alluring would be the combination of mysterious and mundane details out of which came his relatively brief time in the spotlight, at least by jazz standards."