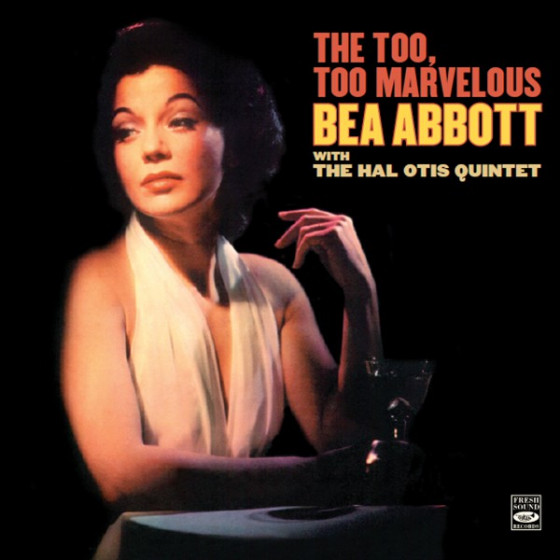 The Too, Too Marvelous Bea Abbott + Bonus Tracks

Bea Abbott (1925-2007) was a sultry singer from Rhode Island who started singing as a high-school student in Providence. Her good looks and pretty voice soon got her a break in New York at the age of 19, as the featured vocalist of the Boyd Raeburn orchestra for a few weeks in June 1944. After brief stints in various dance bands, she began building her reputation as a single on the Eastern club circuit, until the early Fifties, when she settled in Chicago, and sang to lounge audiences for the most part of the following two decades.

Beas only album, The Too, Too Marvelous Bea, was recorded in 1957 by Westminster Records. It includes a collection of rhythm tunes and ballads, which allows her to swing but also to demonstrate her more tender and sensitive side. Her warm and pliant voice was deftly backed by the quintet of violinist Hal Otis, who reinforced the sets general atmosphere of lighthearted swinging, not only responding tastefully to Beas moody vocals, but also contributing eight instrumental sides from his own Westminster album Out of Nowhere.

There were many commercially successful vocalists in Bea Abbots time who could not match her intonation and sympathetic understanding of lyrics, and it seems unfair that she is largely forgotten today. As this CD shows, she deserves a better fate than that.

The information above indicates on which LP these tracks were originally issued, but the master for tracks #1-5 on this CD comes from the Sterephonic Sonotape "The Remarkable Voice of Bea Abbott" (Westminster SWB 7035)