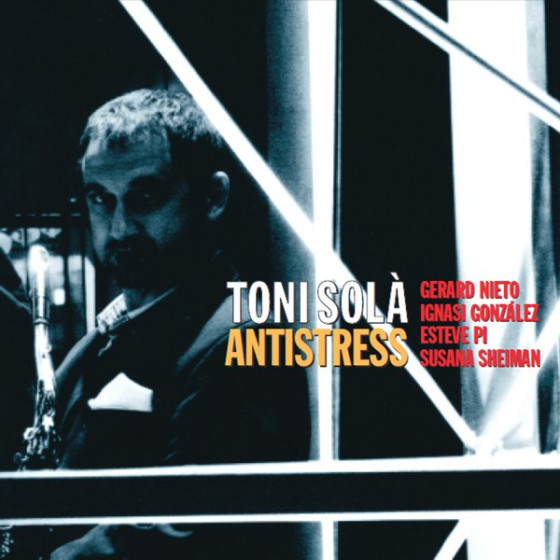 In this new adventure Toni Solà shows, once again, why he is considered one of the prime tenor saxophonists in the European jazz scene. His is a style of contrasting moods that combines hard-bop and modern mainstream with a muscular funkiness. A brilliant and eloquent performer, the epitome of hard swinging, he has the rare ability to make sense out of a long solo, no matter how far his fecund imagination and virtuosity take him from the original line. The mood he establishes on the ballads, too, evokes memories of the lyricism of Hawkins and Webster.

He blows soulfully, with a passion tempered only by the rigorous restraint of an instinctive musical mind. His big, expressively malleable tone ranges from the caressingly tender to a wailing directness. As a soloist, he makes each phrase serve as a springboard for the next, and the evidence of growth and development in his playing reveals an increasingly expansive tenor man, with a well-honed awareness of jazz history and his own incorporation of it into his playing style.

Among the quality jazz musicians backing him up on this set is Gerard Nieto, a fine pianist with a wide range of moods. He concentrates on developing solos logically, with consummate taste, emotional depth, and harmonic imagination. Confident and sensitive, his comping also contributes beautifully to the success of the session. Bassist Ignasi Gonzales and drummer Esteve Pi provide fine rhythm support and swing powerfully all the way. As a guest in Rocks in My Bed, there is Susana Sheiman, a compelling blues singer with relaxed and secure intonation, whose fiery performance illuminates this bluesy tune, before Nieto comes in with a fittingly spirited funky solo.

There is a sense of musical comradeship about the work of this quartet that goes beyond simply worked-out ensemble routines. The music they produce is as persuasively powerful as it is charming and captivating, and the evident joy that went into its making comes across to the listener.