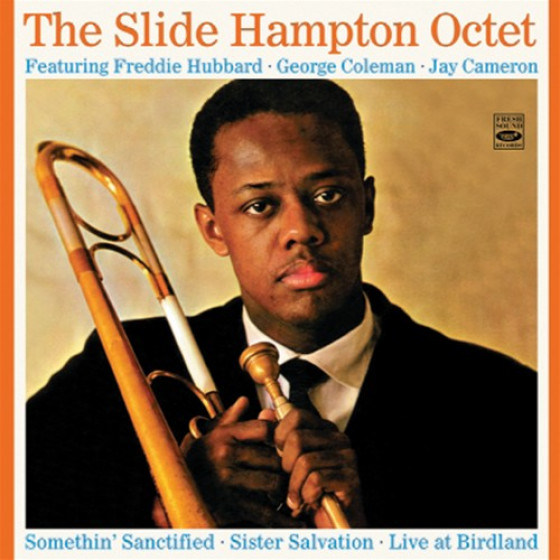 In 1959, trombonist Slide Hampton was known mainly for the excellent arrangements he did for the Maynard Ferguson Band, so it was no surprise that he formed his octet band and began making a serious bid for recognition as a top jazz artist and arranger, recording his first album for the small label Strand. His impact was immediate and in 1960 Slide signed for Atlantic resulting in two studio albums, Sister Salvation and Somethin Sanctified, which were the octets first for the label.

Both of them are in this set and, as a bonus included here, a previously unreleased gem in a series of broadcast octet performances recorded live at Birdland in 1961. Soloists like Freddie Hubbard, George Coleman, Jay Cameron and the leader were featured, but its also worth noting that the octets personnel on the live dates differs at times from the studio recordings, including, among others, tenor saxophonist Walter Benton and trumpet player Willie Thomas.

Hampton summed up his overall approach simply. I tried to get an instrumentation which would be between all the other sizes and yet get a little of each of these sounds. These recordings show how well he succeeded and how exciting the band was, particularly heard live.

"Equally skilled as a trombonist and an arranger, Slide Hampton is featured leading three pianoless groups on The Slide Hampton Octet (FSR 674). The double-CD has two complete albums from 1960-61 with trumpeters Freddie Hubbard (at the beginning of his career) and Richard Williams, and tenor-saxophonist George Coleman among the key soloists along with Hampton. The colorful arrangements are the main star."