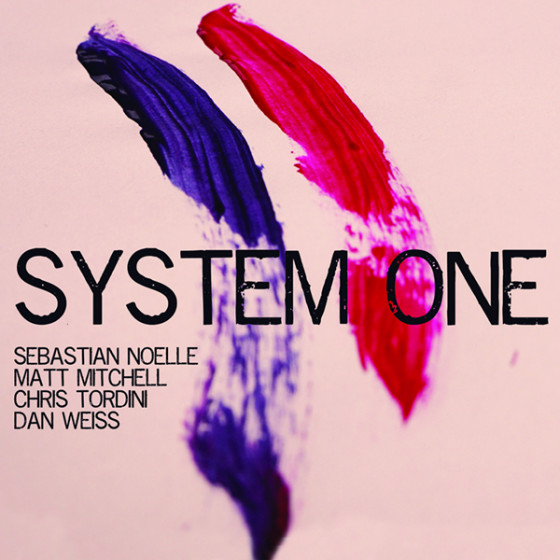 All composition written by Sebastian Noelle

"Originally from Germany, guitarist Sebastian Noelle has been based in New York since 2002. He has worked extensively with Darcy James Argue’s Secret Society, Chris Potter’s big band, and the Aaron Irwin Quintet among others in addition to being a busy session guitarist. System One is his fourth CD as a leader for the Fresh Sound New Talent label.

Other than a famous quote from J.R.R. Tolkien (“Not all those who wander are lost”), there are no liner notes on this CD. However the quote does fit the music which often gives one the impression of the improvisations wandering a bit while certainly never being lost. The guitarist is joined by pianist Matt Mitchell, bassist Chris Tordini, and drummer Dan Weiss on ten of his originals. While Noelle is generally in the lead during the ensembles, all four of the musicians make strong contributions to the complex yet often surprisingly accessible music.

The opener, “Uncanny Valley,” changes moods and themes several times, as if the music were purely intuitive and spontaneous. However some of the other pieces, such as “Kaonashi” and the lyrical “Winter Boat,” are a bit more tightly controlled even during the soloists’ inventive flights. The playing is generally abstract, but the thoughtful nature of the improvising makes the results inviting to those with open ears, and repeated listenings reveal its original logic and some lightly disguised beauty."

“I wanted to make more intuitive decisions in my music,” Noelle explains. “I tried to avoid overthinking things. It’s not really something you can do consciously; it’s more about constructing the music and then abandoning it if it doesn’t have that emotional connection."

"An inventive artist with the power to engage minds."

"Noelle is a shape-shifting mutant like The X-Men whose chameleon-like propensities demand precision."

"Guitarist Sebastian Noelle helps take the music to another level."

"Noelle has his own angular and very modern approach that pushes jazz forward."