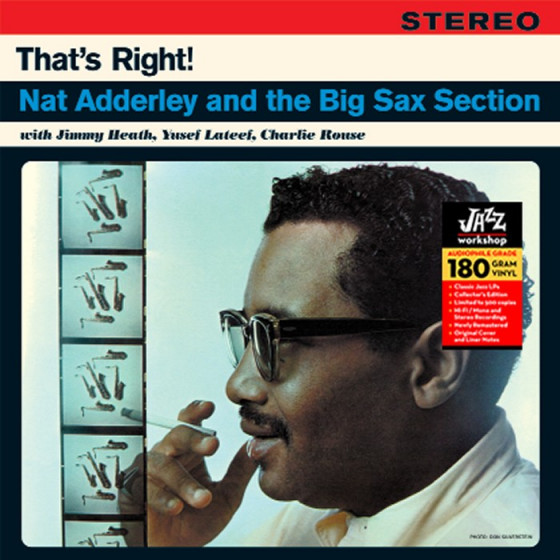 "One of cornetist Nat Adderley's best early albums, That's Right has eight selections (six of which were arranged by Jimmy Heath) that feature Nat with five saxophonists (altoist Cannonball Adderley, baritonist Tate Houston, and the tenors of Yusef Lateef, Jimmy Heath, and Charlie Rouse), and a rhythm section led by pianist Wynton Kelly. Despite Cannonball's presence, this is very much Nat's date (the altoist has just one solo), although there is some ample solo space for the three tenors. Highlights include Nat's memorable original "The Old Country," a touching version of "The Folks Who Live on the Hill," and "You Leave Me Breathless." Recommended."