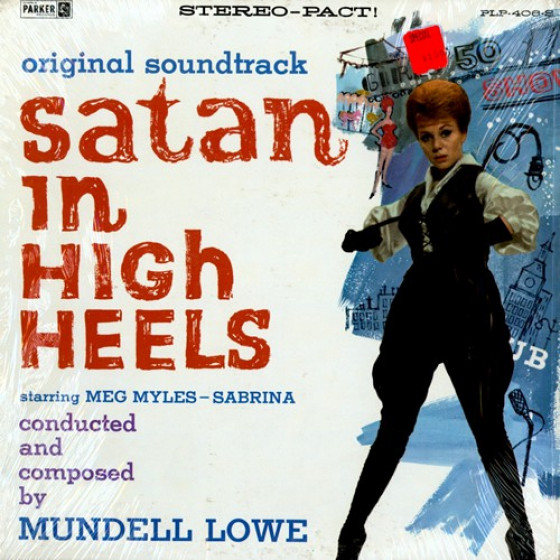 Satan in High Heels (A.k.a. Blues for a Stripper)

"The producer of "Satan", Leonard Burton, decided for the most part that he wanted a jazz score. Some of the pieces are jazz pieces, but I tried to be very careful in the arrangements because there is one thing that automatically kills jazz: the moment the music written is tense, jazz "will not happen." Jazz ideas are like good conversation, the moment a conversation becomes tense, talk is difficult. However, there has to be a certain intensity to create excitement. I hope I've accomplished this."

All compositions written by Mundell Lowe

Note: The original soundtrack from the motion picture "Satan in High Heels", was the first issued on LP in 1961 by Charlie Parker Records PLP-406S. Only a year later the same recordings, but in a different track order, were reissued also on LP under the title "Blues for a Stripper", Charlie Parker Records PLP-822. Now, this memorable music composed and conducted by Mundell Lowe appears on CD.

"Mundell Lowe's score for the exploitation flick Satan in High Heels is an immensely enjoyable collection of exaggeratedly cinematic jazz. Lowe runs through all sorts of styles, from swinging big band to cool jazz, from laid-back hard-bop to driving bop. He pulls it off because his big band is comprised of musicians as skilled as Oliver Nelson, Al Cohn, Phil Woods, Urbie Green, Joe Newman and Clark Terry. They help give the music the extra kick it needs, and Satan in High Heels winds up as a terrific set of humorous and sleazy, but well-played, mainstream jazz."