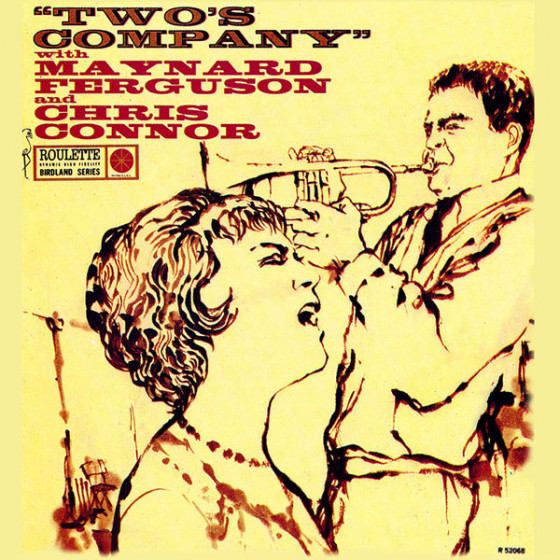 "Chris Connor made two albums with Maynard Ferguson, one for Atlantic and this one for the Roulette label. Both were made within six months of each other. Both veterans of Stan Kenton's band, the cool, swinging stylizing of Connor meshes well with the atmospheric trumpet of Ferguson. But he also shows that he's at home with other members of the brass family, playing both trombone and French horn. This small big band, 13 pieces, has been Ferguson's steady group for about five years and includes such notable sidemen as Willie Maiden, Lanny Morgan, Joe Farrell, and Jaki Byard. While there are ballads present to satisfy the mood music listener including "Guess Who I Saw Today?" and the almost semi-classical "New York's My Home" from Gordon Jenkins' Complete Manhattan Tower this album focuses on the fast-paced material, giving both the singer and the trumpet player plenty of opportunity to show off their way with the tunes written and arranged with a fast cadence. Among the standouts in this category are "Send for Me' and "When the Sun Comes Out." This album and the one which was to follow represent a fortuitous union of two talented people who know their way around."