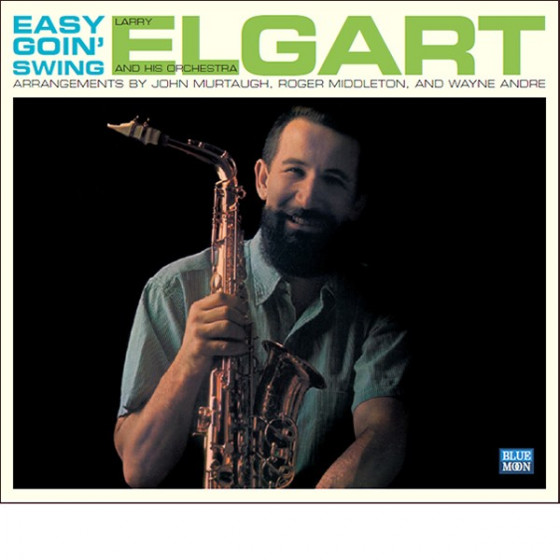 Larry Elgart’s highly stylized sound was unique in the band business of early 60s. There was never any doubt as to whom you were listening. The liquid-sounding reeds, the tart but punching trumpets, the distant-sounding trombones, the swinging, piano-less rhythm section —they all add up to a distinct sound… and a sound of distinction. Never raucous, never pallid, always understated (but with a bouncing beat), the music goes with a dance floor as well as this record goes with a phonograph.

The band’s repertoire was broad, encompassing both standard and rhythmically oriented originals, and Elgart, always the conscientious leader, was constantly aware of his audience. When most bands sounded like Count Basie or indirect descendants of Basie, a band with an identity of its own was well worth hearing. In the ensuing decade and a half, the “Elgart Sound” would became the synonym for brilliant achievement in listening pleasure. And that swingin’ Larry Elgart crew had just one reason for being: dancing.

"Elgart’s dual skills, musician and engineer, both demonstrate his attention to detail. The playing by his orchestra of some good charts is, like the recording, impeccable. In Jazz Journal #0417 Brian Morton went into detail when reviewing two Elgart releases and his comments apply here, too. If I am one-star less in my appreciation it is because there is a certain sameness in tempo that while perhaps suiting dancers is more London’s Savoy than Harlem’s. Twelve tracks come from Larry Elgart and his Orchestra and 10 from Easy Goin’ Swing. Carol Sloane sings once; more would have brought an extra star."