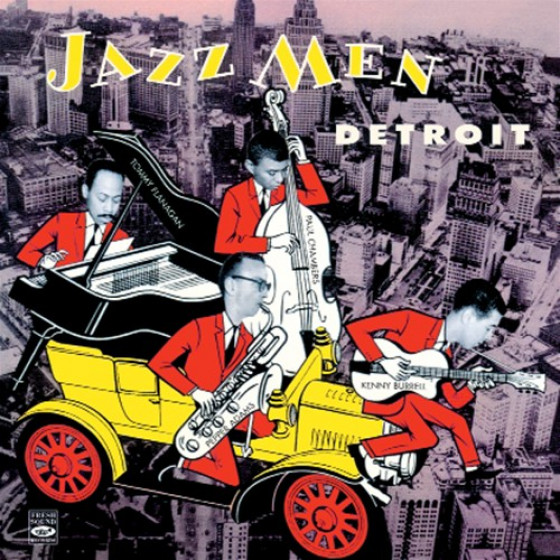 The complete sessions that produced this classic 1950s Motor City album, gathered here for the first time, are living proof of what a great spawning ground Detroit was for modern jazz.

The relaxed, conversational playing is beautifully poised and the rhythm section a finely-knit unit, flowing, full-sounding but not overbearing, in which Tommy Flanagan solos with his customary unhurried, functional taste and sensitive touch, Paul Chambers, with his full, resonant sound, shows why he was considered the most exciting new bassist on the scene, and as the only ringer in the group - Kenny Clarke was the doyen of contemporary bop drummers.

The stellar quintet is completed by two of the best young jazzmen then around in guitarist Kenny Burrell and baritone saxophonist Pepper Adams.

Eloquent, dynamic and inventive, this is Detroit jazz at its finest.

"[...] Burrell has the edge, though, in writing credits with the contribution of two tunes: the quietly assured "Your Host" and the bluesy, hard bop line "Tom's Thumb." Adams offers his leisurely, sophisticated "Apothegm" to the date. Flanagan, for his part, is pure elegance, subtlety, and swing. With the exception of drummer Kenny Clarke, all the players hail from the motor city. Coming up through the same hometown music scene may help account for the fine group interplay. It's also apparent the musicians had the luxury of working through these tunes before sitting down to record. The result does full justice to the fine writing and arranging and allows for thoughtfully developed improvisations. Ensemble entries are crisp and assured, as are the entrances by all soloists. Burrell favors a dry, clean attack here, while Adams reins in his more full-throated tendencies. Clarke, Flanagan, and bassist Paul Chambers support with consummate taste. The overall mood may be a bit too polite, but this remains a classy, near classic performance. There's no padding, although, the running time is brief. The sound recording is excellent."