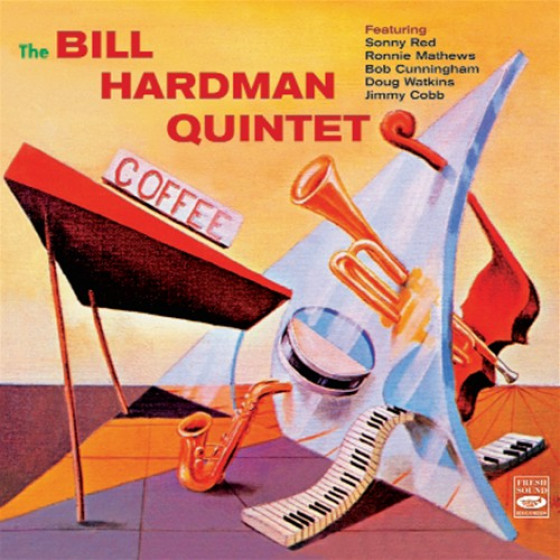 By the time trumpeter Bill Hardman made his leader debut for Savoy with this album, his grasp of the contemporary bop idiom had established him as a prolific and reliable sideman. Born in Cleveland, Ohio, in 1933, he gigged with Tadd Dameron while a teenager, and recorded rhythm and blues with Tiny Bradshaw between 1952 and 1954. He played with Charles Mingus in 1956, along with alto sax Jackie McLean, and their friendship led to a McLean album introducing Bill, Jackies Pal, recorded that summer.

Shortly thereafter both joined Art Blakeys Jazz Messengers, where Bill began to gain recognition as a soloist during the following two years. In this 1961 debut albumhis only chance to lead a record date until 1978he teamed up with altoist Sonny Red, pianist Ronnie Mathews, either Doug Watkins or Bob Cunningham on bass, and drummer Jimmy Cobb.

The music overall, mostly originals with Angel Eyes the only standard, is solid hard bop, very much of the period but full of the energy, fire and invention required. Urgent and edgy, with a raw, tart, and slightly pinched tone, Hardmans playing was well-suited to the soulful style. He believed in the jazz ideal of Saying Something while there is still time, and remained active until his death in Paris in 1990. His message speaks for itself.