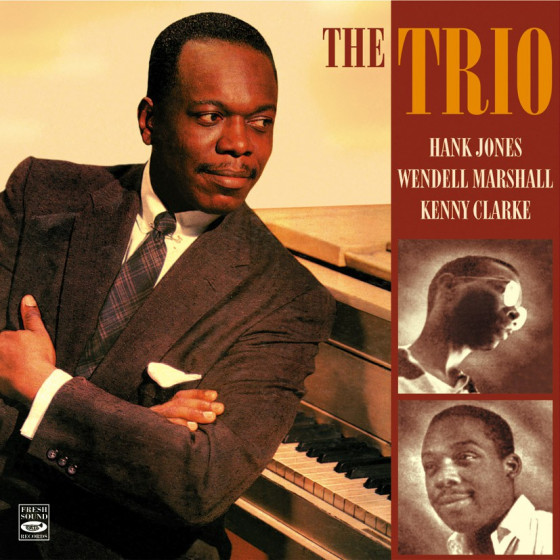 Long regarded as one of the jazz worlds most unsung heroes, Hank Jones tasty fireworks and subtle improvisation finally started getting the recognition they deserved in the mid-Fifties. In fact, from 1953 practically every album released by Savoy in that era included Hank Jones on piano. Less than two years later he joined forces with the dependable bassist Wendell Marshall and the always-swinging drummer Kenny Clarke and found hisideal trio. As he put it, a good rhythm section must have the ability to think together as a unit, to all have the same type of drive. After they had worked as a unit on several recording dates for Savoy, most of the critics and jazz fans acclaimed THE TRIO (as they were called) as the most outstanding rhythm section of their time.

"This is a superb Hank Jones date; highly recommended for fans of piano trio music. In 1955, most jazz pianists were immersed in the school of Bud Powell. Jones is unique in that he developed his harmonic concept prior to Powell's ascendancy and the bebop revolution, but went on to fully assimilate the melodic vocabulary of bop. He has synthesized important elements from many great players into his own recognizable style. His versatility is evident on these eight selections. Jones plays swinging bop lines on his original "We're All Together" and his blues head, "Odd Number," displays the Powell influence most clearly. Upon hearing the delicate touch and harmonic subtlety with which Jones plays ballads -- including "We Could Make Such Beautiful Music Together," "Cyrano," "There's a Small Hotel," and "My Funny Valentine" -- one can imagine that a young Bill Evans was quite familiar with this recording. Jones' mastery of block chords is particularly impressive. Occasionally reissued under drummer Kenny Clarke's name, this important Savoy session also includes bassist Wendell Marshall, who had spent the previous seven years with Duke Ellington's band."