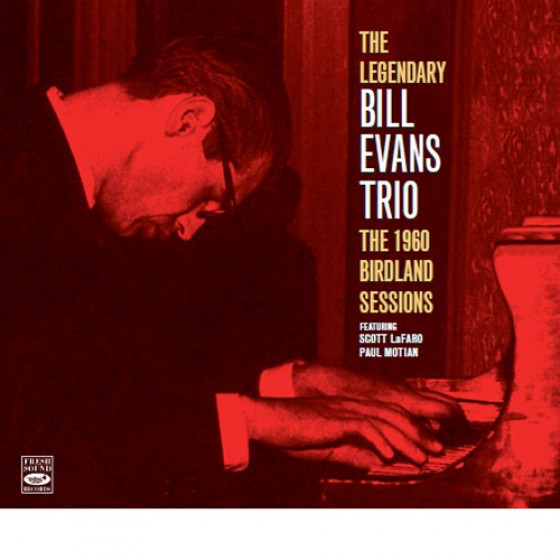 The recordings on this CD precede the same trio's live performances at the Village Vanguard in 1961 by more than a year. Incomplete versions of these tracks have been previously issued on LP but appear here on CD in their entirety. We are proud to present the complete Birdland sessions of the most legendary of all the Bill Evans trios.

This Birdland broadcast performances were originally recorded on tape by Boris Rose. Part of these recordings were previously issued by Rose himself on LP on the Session, Ozone and Alto labels.

"The legendary edition of the Bill Evans Trio featured impeccable drummer Paul Motian and ill-starred bassist Scott LaFaro; they made a handful of recordings for Riverside, but their only released live sessions came from their final engagement at the Village Vanguard in June, 1961. The release of these airchecks from four separate broadcasts is a welcome addition to their discography. There are three excellent takes of "Autumn Leaves," with the first kicked off by a long Scott LaFaro solo. Evans offers a stunning seven-minute "Nardis," which is possibly his earliest live recording of the piece that he would perform and record many more times. LaFaro delivers a compelling solo that only hints at the potential that was extinguished with his death in an auto crash following the famous 1961 Village Vanguard sessions. Even with the noise typically found in releases made from vintage radio broadcasts, this is a historic session worth the extra effort to locate."