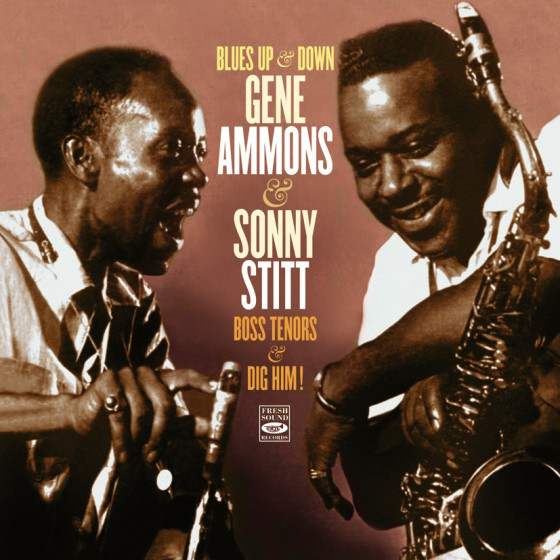 Gene Ammons and Sonny Stitt were co-leaders of their own group in the early 50s, but though it took them almost ten years to get back together again, they were as incendiary a pair as ever. Stitts legendary quickness of thought and execution were, as always, outstanding, but Ammons passion and adroit, canny way of developing his solos made him an ideal partner for these two-tenor jousts Stitt, by the way, also picks up his alto for a lyrical Theres No Greater Love. John Houston, who had played with Ammons and Stitt in the early 50s, is the only familiar name in a solid rhythm section.

The timeless groove delivered by this superior combination puts the music beyond analysis. Just enjoy two great pros and their swinging message.

"This encounter between tenor saxophonist Gene Ammons and Sonny Stitt (who doubles on tenor and alto) is a true classic. Ammons and Stitt teamed together many times over a three-decade period, including co-leading a band during 1950-1952, but Boss Tenors is arguably their finest recording. Backed by pianist John Houston, bassist Buster Williams, and drummer George Brown, Ammons and Stitt battle it out on "There Is No Greater Love," Ammons' "The One Before This," "Autumn Leaves," "Blues Up and Down," and Stitt's "Counter Clockwise." This is competitive bebop at its best, with Stitt and Ammons proving to be equal matches. Essential music for all jazz collections."